Saudi Arabia wants world to stand up to Israeli aggression

Riyadh, Mar 12: The Council of Ministers yesterday condemned Israeli attempts to storm Al-Aqsa Mosque and its aggressive practices against worshippers, students and the Holy Qur’an, calling on the international community to take a firm stand against such provocative acts.

“Such aggressive actions represent a violation of the international conventions and treaties as well as a violation of the sanctity of holy places and provocation of the feelings of Muslims across the world,” said Culture and Information Minister Abdul Aziz Khoja following the weekly Cabinet meeting in Riyadh.

The meeting, which was chaired by Crown Prince Salman, deputy premier and minister of defense, welcomed the statement issued by the ministerial meeting of the Friends of Yemen in London reiterating support for the unity, sovereignty and independence of Yemen and the commitment to support plans for political transition. The statement took into consideration the principle of noninterference in Yemen's internal affairs. The Cabinet reiterated the Kingdom's keenness to stand by the Yemeni people. 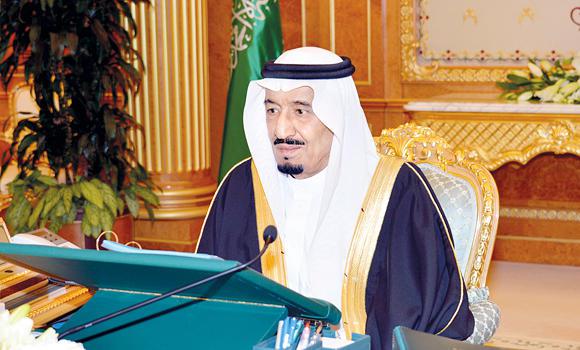 The Cabinet commended Custodian of the Two Holy Mosques King Abdullah for approving the greatest expansion plan for the Prophet's Mosque in Madinah. It also noted the outcome of the Saudi-Qatari Coordination Council meeting in Doha, which was co-chaired by Crown Prince Salman and Qatari Crown Prince Sheikh Tamim bin Hamad Al-Thani.

The Cabinet was briefed on the recommendations of the Council of Arab Foreign Ministers in its 139th session in Cairo, stressing the need for the development of the Arab League based on its Charter approved at the 16th Arab Summit in Tunisia.

The Cabinet discussed a number of scientific and cultural activities, lauding the opening of the Riyadh International Book Fair, which reflects the Kingdom's keenness and support for culture, sciences, literature and intellectuals.

The Cabinet authorized the minister of finance to sign an International Convention on Mutual Administrative Assistance in Tax Matters. It also decided to join Standards and Metrology Institute for the Islamic Countries (SMIIC). Saudi Standards and Quality Organization and the Saudi Food and Drug Authority will be the Kingdom's representatives in SMIIC’s general assembly.

The Cabinet appointed Qassim Al-Mimani of the Ministry of Commerce and Industry and Sharif Abdulwahab of Technical and Vocational Training Corporation on the board of directors of Saudi Credit and Saving Bank. It appointed Brig. Saeed bin Mohammed Al-Asmari member of the Health Services Council to represent health services at the Ministry of Defense.

The Cabinet approved an agreement with Romania for promoting bilateral political consultations.

Saudi Arabia wants world to stand up to Israeli aggression