COVID-19: How the first 354 passengers to be repatriated to Kerala from UAE were selected 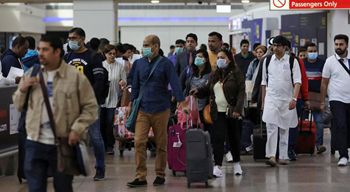 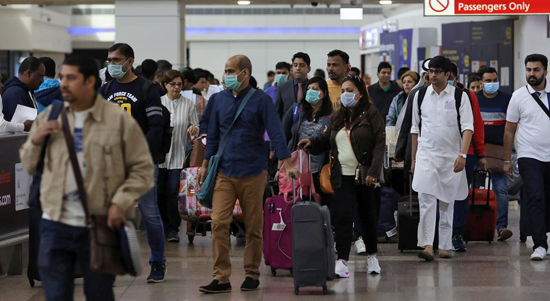 Dubai, May 7: As India begins the world’s largest evacuation mission by repatriating its overseas citizens stranded due to COVID-19, as many as 354 of them from the UAE will fly into their home country in the first two flights to Kerala today.

An Air India Express flight, which is scheduled to take off from Abu Dhabi to Kochi at 4.15 pm is the first flight, which will be followed by a Dubai-Kozhikode flight of the same airline at 5.10pm. The Indian missions in the UAE finalised the list of passengers, who were chosen based on the compelling reasons they submitted while registering their names.

These include pregnant women and their accompanying family members in some instances, people with medical emergencies, workers and housemaids in distress, families with cancelled visas, bereaved family members who couldn’t attend funerals back home, a few students and stranded visitors and tourists including two brothers who got stranded in Dubai International Airport for 50 days, the missions said.

Short-listing the first passengers from among a database of more than 200,000 applicants, who include around 6,500 pregnant women, has been a mammoth task which posed several challenges for the missions, Neeraj Agrawal, Consul Press, Information and Culture at the Indian Consulate in Dubai told Gulf News.

“We are trying to accommodate as many deserving people as possible. We expect the understanding of the people. It has been very difficult to sort out everyone’s urgency.”

“We cannot do a lottery system in this and we had to make sub- categories to ensure there is a mix of people with different types of urgencies.”

“Though we want to give priority to pregnant women, it is practically not possible and not good for the health and safety of the applicants to allot a lot of them on the same flight.”

He said 11 pregnant women have been issued tickets on the Dubai-Kozhikode flight.

“That is the threshold we can allow on a flight.”

The consul appreciated the support of the volunteers in finalising the flight manifest.

“But our response ratio was very less. Many people whose names came up on top of the list were not willing to go on the first flights.”

Due to various constraints like this and sometimes the details of accompanying persons not readily being available, he said the mission was not able to quickly reach out to who might be really in need.

“However, we have given due consideration to people who got in touch with us with their emergency needs. At the time of issuing tickets, we had about 20 such cases.”

He said the Consul General of India in Dubai Vipul led the entire operation and Pankaj Bodkhe, consul, education, was in charge of the Dubai flight.

“It has been a big challenge. Our only concern is that despite our best efforts, sometimes people with more compelling reasons might have got left out on the first flights because of the volume of people who have reached out to us.”

Since there is a chance that some passengers with tickets might not be allowed to fly if they fail the medical screening including blood tests to check antibodies for COVID-19, he said some applicants in the waiting list have been asked to be on standby at the airport.

People with emergencies wishing to fly to other destinations also could not be included, he pointed out.

“We had to ask them to wait. We are unable to send them to other destinations. We can see their desperation. We feel sorry and desperate.”

He said the government is trying to add more flights to un-chartered destinations and a new flight from Dubai to Kannur has been added on May 12.

Passengers of today’s flights have been urged to reach the airport four to five hours prior to departure to facilitate the medical screening.

COVID-19: How the first 354 passengers to be repatriated to Kerala from UAE were selected