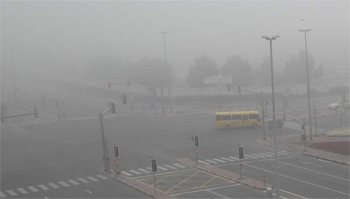 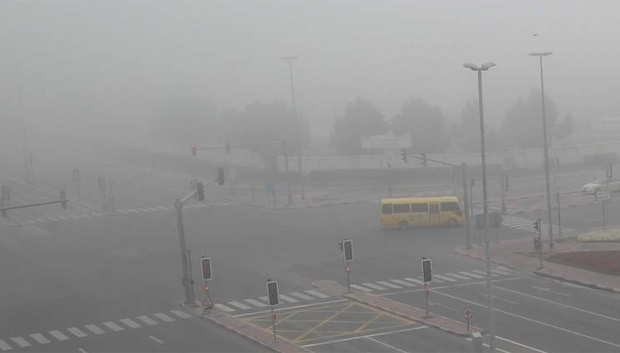 "Fog has affected some flights from at Dubai International Airport," the Emirates said in a statement on Twitter.

Emirates has urged passengers to check their flight status on its website for the latest information regarding their flights.

Thick fog covered parts of the UAE , reducing visibility to less than 500 metres at several places.

The National Centre of Meteorology (NCM) cautioned commuters to be extra careful when travelling during these conditions.

The unstable weather the country has been experiencing in the past couple of days is due to a trough of low atmospheric pressure, resulting in rainfall of different intensities over scattered areas of the country, the NCM said in its forecast.

Meanwhile, the NCM said it will cloudy across the country today, with humidity increasing by the evening. Winds will be Light to moderate northeasterly to easterly winds, may become fresh during day time, with a speed of 20 - 30, reaching 38kmph. Sea will be Slight to moderate in the Arabian Gulf and in Oman Sea.

Rain to continue till weekend

If you have plans to spend some time outdoors this weekend, don't forget to pack your umbrellas and other protective gear as there is a chance of light to moderate showers until Saturday, according to the UAE weather bureau.

Following a night of thunderstorm and rain lashing most parts of the country on Wednesday, Dubai residents woke up to dark skies on Thursday. People going to work had to face light showers as they set out for the day.

On Wednesday, the Jumeirah area in Dubai recorded the second highest amount of rainfall at 11.6mm while Abu Dhabi's Ras Ghanada was the wettest after receiving 12mm of rain.

Heavy traffic was reported on major thoroughfares and the Dubai Police said that 110 traffic accidents were reported due to the heavy rain in the emirate from Wednesday 12 noon until 10am on Thursday.

The Dubai Police also received as many as 3,385 emergency calls but there were no serious injuries. "We have urged motorists to keep a safe distance between cars and adjust their speed to the weather conditions. They are also advised to allow extra time for their journey and check their planned route. It's also highly advisable to slow down as rain makes roads slippery," Colonel Turki bin Fares, director of command and control centre at the Dubai Police, said.

Based on Khaleej Times' monitoring, the country has been receiving rain since the last six months, with February's average rainfall of 9mm higher than the 5.6mm recorded in the same month last year.