NRI falls to death from rooftop of Dubai building

Dubai, Sept 6: A non-resident Indian sales executive of a prominent jewellery group died after falling from the rooftop of his residential building in Muhaisnah when he went to get sunlight due to vitamin D deficiency, a manager of the company said. 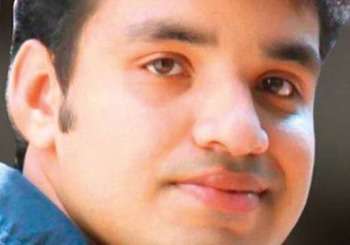 Shafeer Abdul Salam, 32, who hailed from the south Indian state of Kerala, died on Sunday afternoon and his body was flown home on Tuesday night after getting necessary clearances, the regional manager of the group said.

He said Salam had started going to the terrace of the four-storey building during his lunch break after a doctor advised him a few days ago to expose himself to sunlight between 11am and 2pm for vitamin D.

“Either he might have tried to sit on the very short parapet or he might have slipped, or had dizziness. We can only assume all these because he was alone at that time.”

The father of a four-year-old girl, Salam had been working with the group’s stores in India and Saudi Arabia for 14 years and had joined the outlet in Lulu Village only six months ago.

“He was a very friendly person. All of us are saddened and shocked,” the manager said

A police comment was not available immediately. The management and staff extended their heartfelt condolences to Salam’s family and offered all the support, the manager added.

NRI falls to death from rooftop of Dubai building