Qatar: two years of crisis in the Gulf 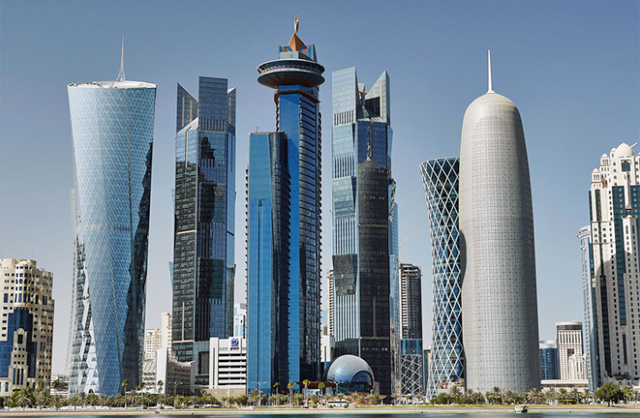 Here is a recap.

Simmering regional tensions boil over on June 5, 2017, when Saudi Arabia and its allies Bahrain, Egypt and the United Arab Emirates announced they are severing diplomatic ties with Qatar.

In a country dependent on food imports, there is alarm over whether the border closures will lead to food shortages in Qatar.

On June 22 the Saudi-led bloc sends Qatar a list of 13 demands which include shutting down Al Jazeera, curbing relations with Iran and closing a Turkish military base it hosts.

Doha on July 4 rejects the demands as "unrealistic".

On July 25 they unveil a "terrorist" blacklist of 18 groups and individuals suspected of links to Islamist extremists and to Qatar.

The blacklist grows to include almost 90 names.

Seeking support from outside the region and vowing to uphold its sovereignty, Qatar signs a series of defence deals with foreign powers.

They include a December contract with France for a dozen Rafale fighter jets and 50 Airbus A321 passenger planes, and a deal with Britain to buy Typhoon fighters.

It also buys warships from Italy and F-15 fighter jets from the United States.

In January 2018 it approves legislation allowing 100-percent foreign ownership in most sectors of its economy.

Previously reliant on its Gulf neighbours, it increasingly turns towards Iran and Turkey, particularly for food imports.

In April Qatar ruler Sheikh Tamim bin Hamad Al-Thani says "we do not and we will not tolerate people who fund terrorism" during a meeting in the US with President Donald Trump.

Trump calls him "a friend", softening his tone after having supported the Saudi-led bloc and accusing Qatar of funding terrorism.

In late June the dispute moves to the UN's top court, the International Court of Justice (ICJ) in The Hague, where Qatar accuses the UAE of racial discrimination and human rights abuses against its citizens in the Emirates.

The court orders the UAE in July to protect the rights of its Qatari citizens, including by ending measures that would stop Qatari students from completing their studies.

The UAE in May 2019 accuses Qatar before the ICJ of "aggravating" the two-year-old crisis and of "false accusations".

A day later, Qatar accuses the Emirates of a "campaign of violence and hatred" against its citizens.

The UAE detains for a week a Qatari military ship that had violated its territorial waters.

In May 2019 there is the first high-level contact between the opposing sides in two years when Qatar's Prime Minister Sheikh Abdullah bin Nasser Al-Thani attends three regional summits in Saudi Arabia's holy city of Mecca.

Qatar: two years of crisis in the Gulf