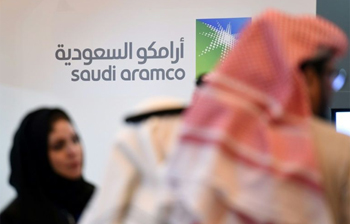 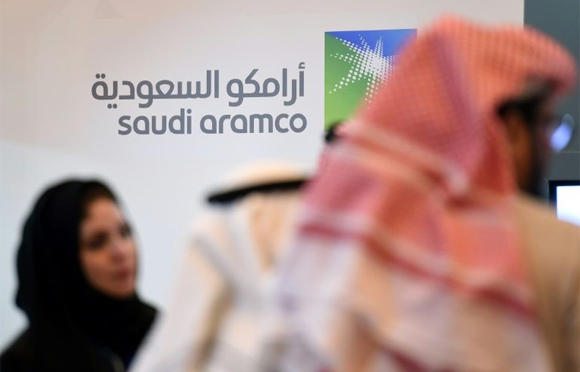 Riyadh, Nov 17: Saudi Arabia on Sunday put a value of up to $1.71 trillion on energy giant Aramco in what could be the world's biggest IPO, but missed Crown Prince Mohammed bin Salman's initial target of $2 trillion.

Aramco said it would sell 1.5 percent of the company in a blockbuster initial public offering worth at least $24 billion.

"The base offer size will be 1.5 percent of the company's outstanding shares," the state-owned energy giant said in a statement that set the price range at 30-32 Saudi riyals per share ($8-8.5).

The much-delayed offering is scaled down from original plans, but it still rivals the world's biggest listing so far -- the $25 billion float of Chinese retail giant Alibaba in 2014.

Aramco had initially been expected to sell a total of five percent on two exchanges, with the first listing of two percent on the kingdom's Tadawul bourse, followed by a further three percent on an overseas exchange.

But the firm has said there are no current plans for an international stock sale, indicating that the long-discussed goal had been shelved for the time being.

Saudi Arabia is pulling out all the stops to ensure the success of the IPO, a cornerstone of de facto ruler Prince Mohammed's ambitious plan to diversify the economy by pumping funds into megaprojects and non-energy industries.

"If subsequently effectively deployed, the funds raised could be used to support longer-term economic growth in Saudi Arabia," it said.

The government has reportedly pressed wealthy Saudi business families and institutions to invest, and many nationalists have labelled it a patriotic duty.

Even for the domestic listing though, there are reports the firm is struggling to attract foreign institutional investors, amid an uncertain outlook for the energy sector and questions over company disclosures and governance.

In its prospectus released last week, the company lists a variety of risks ranging from terrorist attacks to geopolitical tensions in a region dominated by Saudi-Iran rivalry.

One striking element was a warning that global oil demand may peak within the next 20 years, citing a forecast from industry consultant IHS Markit.

It also acknowledged that climate change concerns could reduce the demand for hydrocarbons.