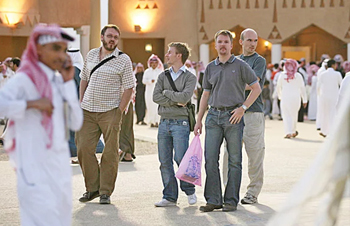 Jeddah, May 16: The Saudi Cabinet has given formal approval to the Privileged Iqama residency scheme, widely known as the Saudi “green card.”

The scheme will enable expatriates to permanently reside, own property and invest their assets in the Kingdom.

A special committee has been given 90 days to determine regulations governing the scheme, including fees for applicants, conditions and procedures, and a schedule of benefits.

The scheme has been welcomed by expats in the Kingdom.

However, Yawar Hussein, a 27-year-old software technician based in Jeddah, believes qualifying candidates should not be grouped into a single category.

“My parents came from India 35 years ago. They sacrificed a lot of their life for this country. My brothers and sisters were all born here. I can say that in many ways I feel more Saudi than Indian. I hope this ‘green card’ iqama will offer some exemptions or discounts for us expats that were born and have only ever lived in one country — the Kingdom of Saudi Arabia.”

Mohammed Abu Omar, a 47-year-old branding consultant from Yemen, believes that it is still too early to form a definite opinion, but nevertheless believes it is a step in the right direction.

“I believe it is still early, as we have no clue who will be eligible for this or not. Also, there is the question of the fees. Will this cater only to those who have large bank accounts? But overall, this is great news of course. This should have been done decades ago. God-willing, it benefits this wonderful country, because the (expat) people have a lot to offer, and the contribution will be massive. So, the way I see it, this opportunity should open up the market for hiring more local people as the demand will rise with everyone having the opportunity and right to own their own business. But these laborers are actually the majority of people who are sending money out of the Kingdom, and if this (green card) is catered to them, surely they will begin to reinvest back into the country instead.”

And while many expat workers have welcomed the news, some, such as Bangladeshi driver, Ameen Udeen, say they will be unaffected by the decision.

“This ‘Privileged Iqama’ means nothing to me as a Bangladeshi driver who makes SR2,000 a month (of which I send most back home). I haven’t heard what the fees will be but they say that it will be very costly. I’m sure that I will not be able to afford it. For me, this new iqama is not meant for us drivers, house-helpers and laborers. Surely we cannot afford the benefits given our salary,” he said.

The Saudi Shoura Council voted for a new residency permit for qualifying expatriates, the “Privileged Iqama,” giving them the right to permanently live, work and own their own business and property in the Kingdom.

Al-Qassabi noted that the scheme is similar to residential practices around the world, attracting quality residents to the Kingdom while protecting the interests of Saudi citizens.

Ibrahim Al-Omar, governor of the Saudi Arabian General Investment Authority (SAGIA), said: “Our aim is to attract innovators from across the world to live and work in Saudi Arabia — and this reform will play a significant role in doing so. These investors and entrepreneurs will help to drive private-sector growth.”

“It is important that stakeholders understand that Saudi Arabia offers significant long-term opportunities,” he said. “We want to attract people who will build a foundation and a network in Saudi Arabia, and who will play a role in the future development of the Saudi economy and benefit from the growth opportunities it presents.”