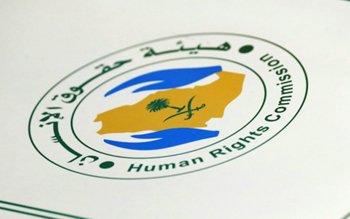 “The aim is to empower HRC so that the human rights file and practices are in line with all the progress and reform in the Kingdom under Vision 2030, and also in line with best possible practices,” the source said.

“Procedural reasons” were responsible for 90 percent of what the source described as “negative aspects” relating to human rights issues in the Kingdom, he said.

These procedural errors would “rapidly and carefully be corrected through the work of the Human Rights Commision during the next period.

“The aim will be to close any gaps or loopholes in laws and legislation, and stop any negative exploitation of the bureaucracy in a way that goes against the Kingdom’s ambitious vision when it comes to human rights.”

The source said the Saudi government was determined to reinforce the role of the Human Rights Commission in accordance with the highest standards. “This will be achieved through moving the laws and authorities related to the human rights file to the desired level that matches the Kingdom’s prestige and reputation,” he said.

Alawad, who is also Saudi Arabia’s former Ambassador to Germany, has been a Royal Court adviser since he was relieved of his duties as information minister late last year.