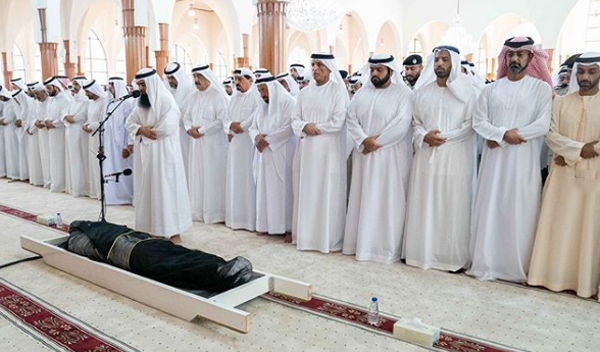 Rulers of emirates, top officials and well-wishers joined the funeral prayer and burial of Sheikh Khalid.

Condolences will be accepted at Al Badee Palace after Al Asr prayer on Wednesday for three days.

A 3-day mourning period was announced in the Emirate of Sharjah, during which UAE flags will be flown at half-mast beginning Wednesday for three days.