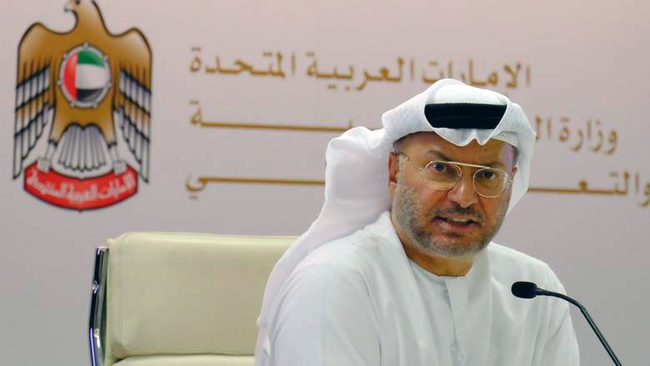 UAE Minister of State for Foreign Affairs, Dr Anwar bin Mohammed Gargash, has categorically rejected a report by the Group of Eminent International and Regional Experts on Yemen, and urged the Human Rights Council, HRC, to instead refocus on providing support to the Government of Yemen in building institutions to protect human rights in the country.

In a letter to the United Nations High Commissioner for Human Rights, Michelle Bachelet, the Minister explained that "the group's mistakes and missteps in judgement and methodology are too many and too serious to ignore", which is why the UAE, along with many other HRC members, decided not to support the renewal of the mandate of the group of experts last year.

Attached to the letter was a detailed assessment of the group of experts' report published in 2018. This assessment was prepared over the course of several months, and is based on a careful and comprehensive consideration of the report, its methodology, and relevant principles of international law. The assessment finds that the group in its report has both exceeded its mandate in a number of ways, while at the same time failing to fulfill important aspects of it. The group did not apply the context of the conflict in Yemen to its monitoring and reporting functions, and its methodological approach was flawed. The group also misinterpreted and misapplied international law, and presented incorrect claims against the UAE.

Looking ahead, Dr Gargash noted that "instead of commissioning yet another report that will not achieve our shared objective to strengthen the protection and promotion of human rights in Yemen, the UAE firmly believes the people of Yemen would be better served if the HRC refocuses on providing the support, capacity building and technical assistance the Government of Yemen has consistently requested. This would be an important step in rebuilding institutions that will be essential in laying the groundwork for a more hopeful future for all Yemenis. "

The minister reiterated the UAE's support for the High Commissioner's mandate and her role in consistently working with member states and other stakeholders to address the human rights challenges around the world, including in Yemen.

Dr Gargash also emphasised that the conflict in Yemen and the humanitarian suffering in many parts of the country are the direct results of the illegal and violent overthrow in 2014 of the legitimate Government of Yemen by the Houthi militia, and that the UAE's actions as part of the coalition are undertaken at the request of the legitimate Government of Yemen, in full accordance with international law.