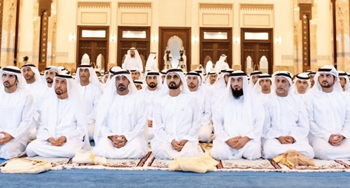 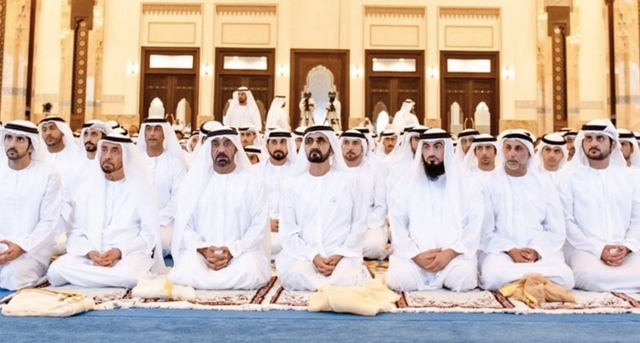 In the Eid Al Fitr sermon, Imam Omar Al Khateeb stressed that peace is the foundation of Islam, noting that Islam is the religion of tolerance, moderation, justice, mercy and good manners.

The sermon concluded with a prayer on the souls of the late Sheikhs Zayed, Rashid, and Maktoum; calling on Allah Almighty to protect the nation and its people, and grant success for the country's leadership in their duty in serving the nation.