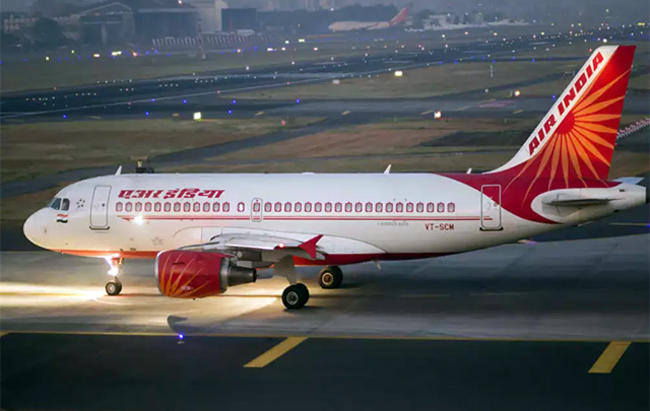 New Delhi, Feb 26: With the government pushing for the disinvestment of Air India, industrial conglomerate Adani Group may emerge as one of the bidders for the debt-laden national carrier, sources said.

According to highly placed sources, the Group has held internal rounds of deliberations on whether or not to submit an Expression of Interest (EoI) and the discussions are still in the preliminary stage.

If the company actually submits an EoI, it would be a major move towards further diversification of the company which has business interests across sectors right from edible oil, food to mining and minerals.

It also entered into airport operations and maintenance business and won bids for privatisation of six airports, Ahmedabad, Lucknow, Jaipur, Guwahati, Thiruvananthapuram and Mangaluru in 2019.

On being contacted by IANS, the company did not comment on the matter.

Air India is one of the most important divestment proposals for the current fiscal to reach the huge Rs 2.1 lakh crore target.

The government in January restarted the divestment process of the airline and invited bids for selling 100 per cent of its equity in the state-owned airline, including Air India's 100 per cent shareholding in AI Express Ltd. and 50 per cent in Air India SATS Airport Services Private Ltd.

After its unsuccessful bid to sell Air India in 2018, the government this time has decided to offload its entire stake. In 2018, it had offered to sell its 76 per cent stake in the airline.

Air India, along with its subsidiary Air India Express, has a total operational fleet of 146 aeroplanes.

Further, the disinvestment department has extended the last date for submission of written queries on the Performance Information Memorandum and Share Purchase Agreement to March 6.

The last date for submission of written queries on PIM and SPA was originally set for February 11, following which the Department of Investment and Public Asset Management (DIPAM) on February 21 issued 20 clarifications on the queries raised and expected.