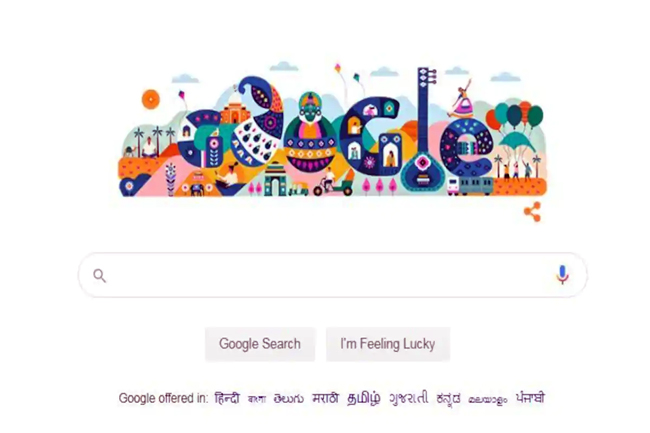 From its world-famous landmarks like the Taj Mahal and India Gate, to the wide array of fauna such as its national bird (the Indian peafowl), to classical arts, textiles, and dances, the doodle, designed by Singapore-based artist Meroo Seth, brings together the rich cultural heritage of the country.

Republic Day marks the completion of India's transition towards becoming an independent republic after its constitution came into effect. The governing document had taken nearly three years of careful deliberation to finalise, and its eventual enactment was joyfully celebrated across the country.

While the Constitution was adopted by the Indian Constituent Assembly on 26 November 1949, it came into effect on January 26 -- a day when Declaration of Indian Independence (Purna Swaraj) was proclaimed by the Indian National Congress back in 1929, as opposed to the Dominion status offered by the British Regime.

Festivities embody the essence of diversity found in one of the world's most populous nations, celebrated over a three-day period with cultural events displaying national pride.

Last year's doodle on Republic Day, designed by artist Reshidev RK, had featured Rashtrapati Bhavan in the background along with a display of the country's iconic monuments and heritage.