How US anti-monopoly actions against digital giants can impact India 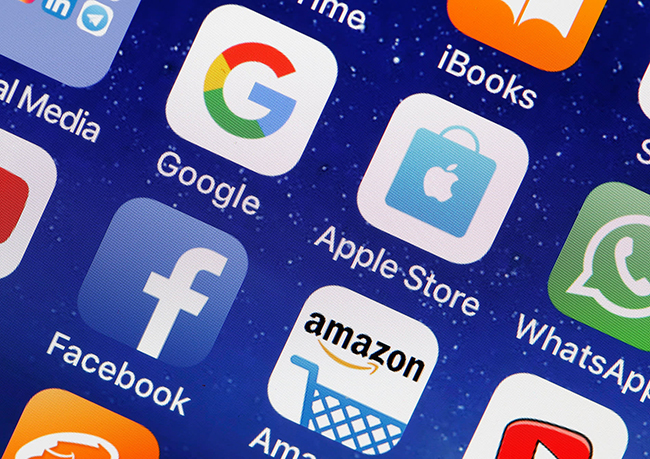 New Delhi, Jun 4: The anti-monopoly actions against digital giants by the US government and Congress have the potential to affect India in significant ways because of their penetration in the country but New Delhi will have limited ability to exert similarly overarching control on them.

In the latest move, the Democratic Party-controlled House of Representatives Judiciary Committee announced on Monday that it was opening wide-ranging investigation of anti-trust actions by Google, Amazon, Apple and Facebook opening the way for legislation impacting their operations worldwide.

At the other political end, the Justice Department was reported to be preparing to conduct anti-trust probes into Google, and the Federal Trade Commission into Amazon.

The digital giants that enjoy a monopoly of search and social media have made enemies on both sides of the political aisle: the Democrats because of their perception that social media was responsible for the defeat of Hillary Clinton in the 2016 election, and the conservatives due their belief that Google and some segments of the social media are biased against them. In addition, The Washington Post that is owned by Amazon head Jeff Bezos is a strident critic of President Donald Trump.

The Judiciary Committee's ant-trust subcommittee head Representative David Cicilline told reporters in Washington that the panel will investigate why the digital "the market is failing, why the internet is broken and why it's not functioning well". It will then look at legislative action to remedy the situation, he added.

The digital giants have not reacted to the proposed anti-monopoly probes. But in the context of a European Union fine of $5.1 billion on Google for including its search and other apps in its Android operating system, Sundar Pichai, the embattled Indian American head of Google, had denied his company was a monopoly.

He had tweeted: "Rapid innovation, wide choice, and falling prices are classic hallmarks of robust competition. Android has enabled this and created more choice for everyone, not less."

Any action by the US on the tech behemoths will potentially have a bigger impact on India than on the US in some cases because of the bigger customer bases they have in India, which unlike China does not have home-grown alternatives to match them.

In India, Google overwhelms search and 98 percent of smartphones use its Android operating system.

And Amazon has an Indian subsidiary that had $8.8 billion in sales.

But any legislative or administrative action taken in the US will impact India in significant ways because of large customer base they have there - and, in the case of Google, and Facebook and WhatsApp, the political influence they wield.

Splitting the companies or placing other restrictions by the US will affect their operations in India - and despite India having a larger user base in the case of digital networks and huge market share in the case of Amazon, New Delhi will not be having a similar say in the matters.

How US anti-monopoly actions against digital giants can impact India