Human and robot work the best together 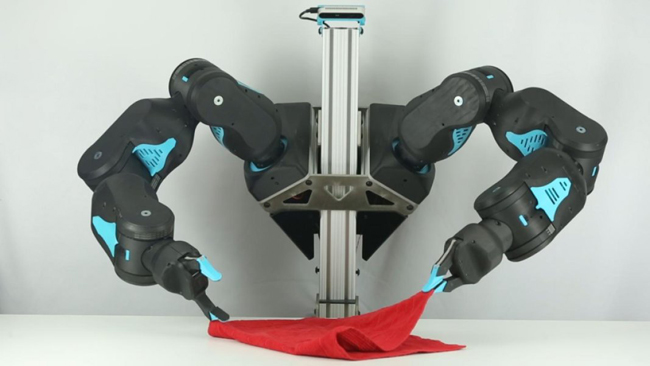 Washington, May 25: Cooperation between humans and machines can work much better than just human or just robot teams alone, a recent study suggests.

More and more processes are being automated and digitised. Self-driving delivery vehicles, such as forklifts, are finding their way into many areas - and companies are reporting potential time and cost savings.

The research team simulated a process from production logistics, such as the typical supply of materials for use in the car or engineering industries. A team of human drivers, a team of robots and a mixed team of humans and robots were assigned transport tasks using vehicles. The time they needed was measured. The results were that the mixed team of humans and robots were able to beat the other teams; this coordination of processes was most efficient and caused the least number of accidents.

This was quite unexpected, as the highest levels of efficiency are often assumed to belong to those systems that are completely automated. The results were published in the International Journal of Advanced Manufacturing Technologies.

Findings of the study were published in the International Journal of Advanced Manufacturing Technologies.

"This brings a crucial ray of hope when considering efficiency in all discussions involving automation and digitisation. There will also be many scenarios and uses in the future where mixed teams of robots and humans are superior to entirely robotic mechanical systems. At the least, excessive fears of dramatic job losses are not justified from our point of view," said Professor Matthias Klumpp from the University of Gottingen, first author of the study.

The team of researchers from the various disciplines of business administration, computer science and sociology of work and industry highlighted the requirements for successful human-machine interaction. In many corporate and business situations, decisions will continue to be driven by people.

The researchers, therefore, conclude that companies should pay more attention to their employees in the technical implementation of automation.

Human and robot work the best together