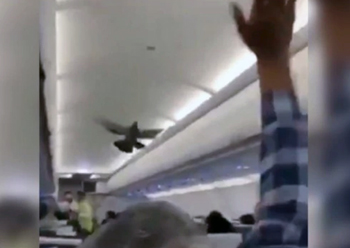 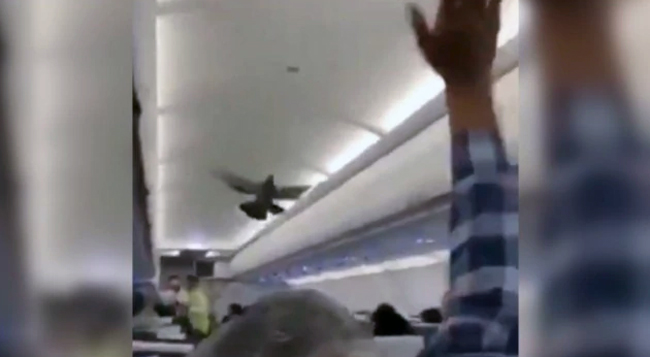 Ahmedabad, Feb 29: The presence of two feral pigeons onboard a GoAir flight at the airport in Ahmedabad in Gujarat created a flutter among the amused passengers, even though the avian surprise did not lead to any untoward incident or delay in the flight.

The incident took place on Friday when the passengers were boarding the Ahmedabad-Jaipur flight.

"Two pigeons had found their way inside the flight G8 702 while the passengers were boarding," an airline statement said on Saturday.

"The crew immediately shooed away the birds. The flight took off at its scheduled time at 5 p.m.," it added.

"Do Kabootar plane ke andar "
The passengers on the Ahmedabad-Jaipur flight were surprised when two #pigeons came out of the overhead storage bin of #GoAir Aircraft, minutes before flight was to take off, flight delayed by 30 minutes. "Video Viral" via : Satish Jha pic.twitter.com/orKuZ65Can