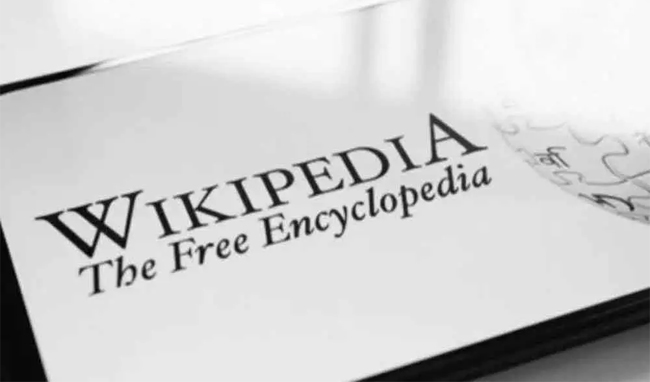 Feb 27: With the window to submit comments on India's proposed personal data protection law closing on Tuesday, a period of anxious wait for final version of the Bill started for social media firms.

This comes even as global Internet companies have called on the government for improved transparency related to intermediary Guidelines (Amendment) Rules and allay fears about the prospect of increased surveillance and prompting a fragmentation of the Internet in India that would harm users.

As per the proposed amendments, an intermediary having over 50 lakh users in the country will have to be incorporated in India with a permanent registered office and address.

When required by lawful order, the intermediary shall, within 72 hours of communication, provide such information or assistance as asked for by any government agency or assistance concerning security of the state or cybersecurity.

This means that the government could pull down information provided by platforms such as Wikipedia, potentially hampering its functioning in India.

In the open letter to IT Minister Ravi Shankar Prasad, leading browser and software development platform like Mozilla, Microsoft-owned GitHub and Cloudflare earlier called for improved transparency by allowing the public an opportunity to see a final version of these amendments prior to their enactment.

According to a Business Insider report, Indian users may lose access to Wikipedia if the new intermediary rules for internet and social media companies are approved.

Anusha Alikhan, senior communications director for Wikimedia told Business Insider that the platform is built though languages and not geographies. Therefore, removing content from one country, while it is still visible to other country users may not work for the company’s model.

India is one of Wikipedia’s largest markets. Over 771 million Indian users accessed the site in just November 2019.

Also read: Explained: What is the Personal Data Protection Bill and why you should care

The Personal Data Protection Bill, 2019, which was introduced in Lok Sabha in the winter session last year, was referred to a Joint Parliamentary Committee (JPC) of both the Houses.

The government last month decided to seek views and suggestions on the Bill from individuals and associations and bodies concerned and the last date for submitting the comments was on Tuesday.

Prasad, while introducing the Personal Data Protection Bill, 2019, in the Lok Sabha on December 11, announced that the draft Bill empowers the government to ask companies including Facebook, Google and others for anonymised personal data and non-personal data.

There was a buzz when the Bill's latest version was introduced in the Lok Sabha, especially the provision seeking to allow the use of personal and non-personal data of users in some cases, especially when national security is involved.

Several legal experts red-flagged the issue and said the provision will give the government unaccounted access to personal data of users in the country.

In their submission to the JPC, several organisations also flagged that the power to collect non-personal and anonymised data by the government without notice and consent should not form part of the Bill because of issues regarding effective anonymisation and potential abuse.

"Clauses 35 and 36 of the Bill provide unbridled access to personal data to the Central Government by giving it powers to exempt its agencies from the application of the Bill on the basis of various broad worded grounds," SFLC.in, a New Delhi-based not-for-profit legal services organisation, commented.

The Software Alliance, also known as BSA, a trade group which includes tech giants such as Microsoft, IBM and Adobe, among others said that the current version of the privacy bill pose substantial challenges, including the sweeping new powers for the government to acquire non-personal data, restrictions on data transfers, and local storage requirements.

"We urge the Joint Parliamentary Committee, as it considers revisions to the Bill, to eliminate provisions concerning non-personal data from the Personal Data Protection Bill and to remove the data localisation requirements and restrictions on international data flows," said Venkatesh Krishnamoorthy, Country Manager-India, BSA.

The Personal Data Protection (PDP) Bill, 2019 draws its origins from the Justice B.N. Srikrishna Committee on data privacy, which produced a draft of legislation that was made public in 2018 ("the Srikrishna Bill").

The mandatory requirement for storing a mirror copy of all personal data in India as per Section 40 of the Srikrishna Bill has been done away with in the PDP Bill, 2019, meaning that companies like Facebook and Twitter would be able to store data of Indian users abroad if they so wish.

What is more, what constitutes critical data has not been clearly defined.

As per the proposals, social media companies will have to modify their application as they are required to have a system in place by which a user can verify themselves.

So legal experts believe that some system to upload identification documents should be there and something like the Twitter blue tick mark should be there to identify verified accounts.

"The 2019 Bill introduces a new category of data fiduciaries called social media intermediaries ('SMIs'). SMIs are a subcategory of significant data fiduciaries ('SDFs') and will be notified by the Central government after due consultation with the DPA, or the Data Protection Authority. Clause 26(4) of the Bill defines SMIs as intermediaries who primarily or solely enable online interaction between two or more users," SFLC.in said.