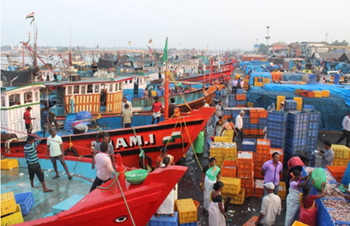 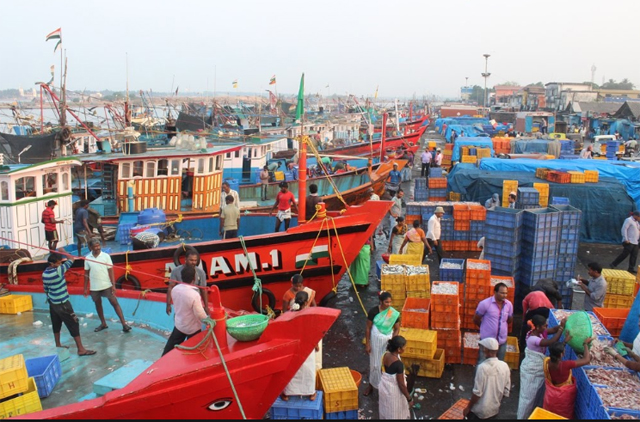 In an attempt to dissuade fish transporters from discharging waste effluents on roads and foul smell in the surroundings, Dakshina Kannada district administration has decided to enforce ‘Kerala model’ to plug the practice of unhygienic fish transportation.

The police department has issued a notice to all ‘Fish Transporters’ to retrofit their carriages with leak-proof insulation. Further, the transporters are required to store the fish within the crates, so that ice in the storage container melts within the vehicles. “Similar to Kerala, that has banned transportation of fish in ‘open’ vehicle, following a 2013 order by the National Green Tribunal (NGT), we have decided to do so. If the vehicles fail to comply, we will impose a fine of Rs. 5000, and then in case of repeat offence we will seize the vehicle,” Mangaluru Police Commissioner Sandeep Patil said in a weekly police phone-in programme.

A major fishing centre, Mangaluru is home to over 1,830 fishing boats and allied industry including fish-meal. Fish is not only a preferred local delicacy but also is in great demand for export. The transportation trucks play a crucial role in providing the last-mile connectivity between the fishermen, ports and the consumers.

However, for years, hundreds of local residents, motorist and pedestrians have allayed concerns of the fish transporting vehicles discharging slimy and sticky water on road, due to the melting ice used to store fish. Including stale and leftover products – that fills the areas with foul smell and even leading up to accident of the two-wheeler motorists. “The wastewater contains oil, which can be very dangerous for two wheeler riders, who may skid and it can prove fatal. Also, the cats and dogs are attracted to the fish that falls-off the vehicle, eventually they are overrun by the passing motorist,” Vasantha Kumar, a local resident said.

Deputy Commissioner of Dakshina Kannada Sasikanth Senthil S said the policy will not allow fish transporting vehicles to function in city limits if they are not fitted with waste water tanks. “The vehicles must have inbuilt, water collection containers, else they have to face legal consequences. We have already begun imposing fines on over 200 vehicles violating the rules and we will continue to do so” he said.

While fish transport agencies said that they will take initiative to contain the spill of waste water, transporters add that their concern also must be looked into. However, talking about the concerns of the fish transporters, former Mayor K Ashraf said that the vehicles which go for long drives, have collection tanks and most of the time they make sure that the tanks gate-valves are properly closed. “But the mini-tempos which transport fish for the city limit and the vehicles which transport fish meal, are responsible for the spill, causing accidents of two wheelers and animals,” he said.

Further, Lawrence P, a fish transporting truck driver adds that while they are concerned about environment like others, the administration is simply doing away with its responsibility. “The NGT order also says that major markets run by state or the local authority must have wastewater collection or septic tanks at prefixed locations. But, no one is working to provide such facility, unlike Kerala or Goa that have underground septic tanks and soak pits that processes waste fish water. We are forced to release the water since the carrier gets flooded,” he said.