Bengaluru, Oct 3: A rape victim who turns hostile during trial is not entitled to compensation under Victim Compensation Scheme, said the Karnataka high court. 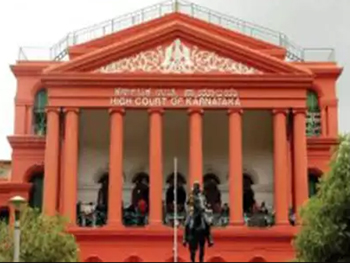 The court made the observation while rejecting the claim of an alleged rape survivor, who had sought release of Rs 7 lakh compensation from Karnataka State Legal Services Authority (KSLSA).

Justice Alok Aradhe noted that clause 6 (3) of the scheme required the claimant to cooperate with the investigation and the trial and clause 7 (10) spoke about recovery of the compensation with 15% interest, if it is held by the trial court that the survivor or dependants had obtained the order sanctioning the compensation on a false or fabricated complaint.

The judge was of the view that in the case at hand, the woman and her father had been declared hostile and KSLSA was right in holding that she is not entitled to compensation.

The woman alleged that she was raped on March 11, 2014. An FIR was filed and chargesheet was submitted based on her complaint. Her father submitted a representation on May 22, 2015, seeking compensation and the District Legal Services Authority passed an award on March 24, 2018, granting Rs 3 lakh.

However, during the pendency of the proceedings before the authority, the woman and her father were declared hostile in the criminal proceedings. Thereafter, on May 23, 2019, KSLSA set aside the order of the district legal services authority, where Rs 3 lakh compensation was awarded to the woman.

The woman contended that an opportunity of hearing was not afforded to her. However, Justice Aradhe noted that in case where only one conclusion was possible, such a plea on principles of natural justice cannot be entertained.

In The News
World