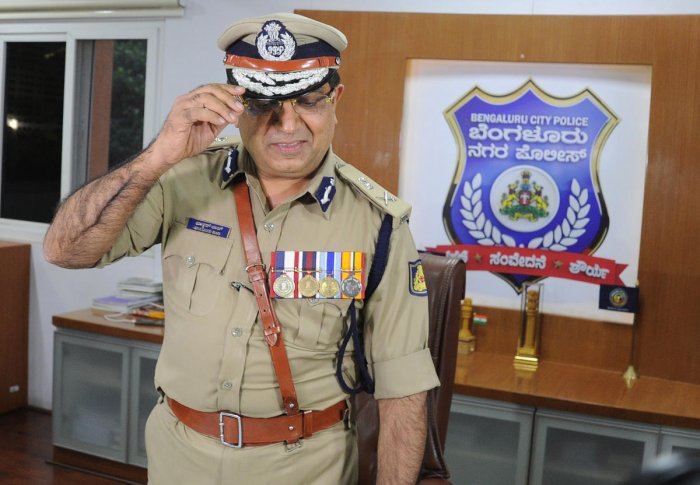 Bengaluru, Dec 6: Defending the killing of all four accused in the rape-and-murder of a 25-year-old Hyderabad veterinarian by the police on Friday, Bengaluru top cop Bhaskar Rao termed it as "correct and timely action" given the situation.

Had the accused escaped from custody, the police would have been under tremendous pressure, the Bengaluru Police Commissioner said. "During the reconstruction of the crime scene as part of the investigation the accused have tried to escape from the police following which this strong action has been taken," he told reporters here.

The last month's brutal incident of rape in the Telangana capital could have happened anywhere and the police there was under pressure to solve the crime and bring the offenders to book, he said.

"The action of Hyderabad/Cyberabad police was correct and timely, there can be no second opinion. If they (accused) had escaped from the custody, they (police) would have been under tremendous pressure. the incident has happened during the inquiry and it needs to be defended. Cyberabad police has taken the required action," Rao added. Also, pointing out that Cyberabad police commissioner V C Sajjanar hails from Hubballi in Karnataka, Rao said, he and his team has acted "according to the situation".

Another senior police officer Hemant Nimbalkar said offence of rape and Friday's killing were two different facts. "Social media; Hold a bit! Offence of rape & Today's encounter are two different facts. It's an act in self-defense as said & not Punishment to rape accused. #TelanganaPolice stands legal scrutiny. Those who have faith in democracy & legal system must wait..." Nimbalkar, who is IGP and Additional Commissioner of Police (Administration), Bengaluru City Police, tweeted.

According to Cyberabad police, the incident took place around 6.30 am when the accused, lorry workers aged between 20 and 24, were taken to the scene of the crime near Hyderabad for a reconstruction of events as part of the investigation. The accused snatched weapons from police and fired at them and tried to escape, to which cops fired in retaliation in which the four accused died, they said.

The four men were arrested on November 29 for allegedly raping and killing the woman by smothering her and later burning her body, an incident that led to widespread outrage and recalled the horrors of the December 16, 2012 gangrape and murder of a physiotherapy intern in Delhi. They were remanded to seven days' judicial custody.