‘I was assured ministership, but made scapegoat’: AHV unleashes his greed for power 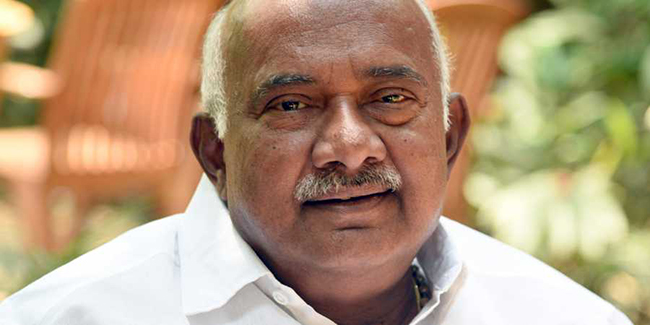 Mysuru, Oct 20: Disqualified MLA A H Vishwanath, has blamed leader of the Opposition in the Assembly for his resignation as an MLA.

“It has been projected that 17 MLAs were responsible for the collapse of the coalition government. But, greed for power by the leaders of both the parties was the real reason”.

Speaking at a programme here, Vishwanath said, “I had to come out of the Congress party due to the mental harassment meted out to me by Siddaramaiah”. Criticising Ramesh Kumar, who was the Speaker during the term of the coalition government, he said, the government suffocated to death due to his decision.

“I was made the scapegoat in the political slug-fest after the elections. I was assured ministership, but made scapegoat due to the conspiracy of Siddaramaiah and H D Kumaraswamy (former chief minister),” he said.

‘I was assured ministership, but made scapegoat’: AHV unleashes his greed for power