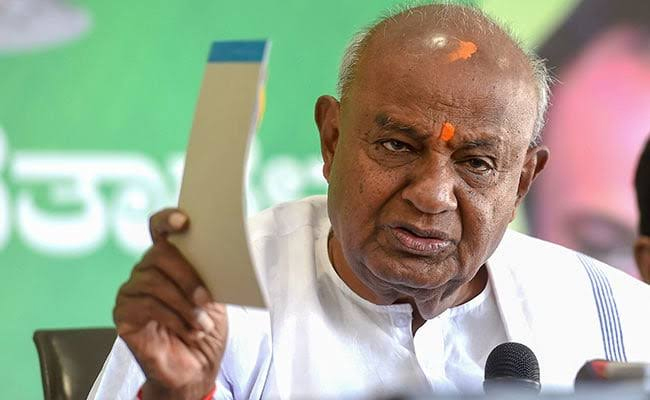 "Nobody is going to run away. What did he say? He spoke in a bad way," the former prime minister told reporters in Bengaluru.

Admitting there could be differences between MLA GT Deve Gowda SR, Mahesh, both from the JD(S), H D Deve Gowda said he never said anything about quitting the party.

"I request Deve Gowda with folded hands to come out of your obsession for your family," Narayana Gowda told reporters on Saturday.

He had accused Revanna of misbehaving with the MLAs, which he said made them resign.

"I never wanted to quit but I am not the only one to leave. Seventeen people have left including ministers. Imagine their plight. They were saying that they could not tolerate the torture of Revanna. Twenty MLAs are ready to quit," Narayana Gowda said.