’Vote for me or else...’ Maneka Gandhi threatens Muslim voters 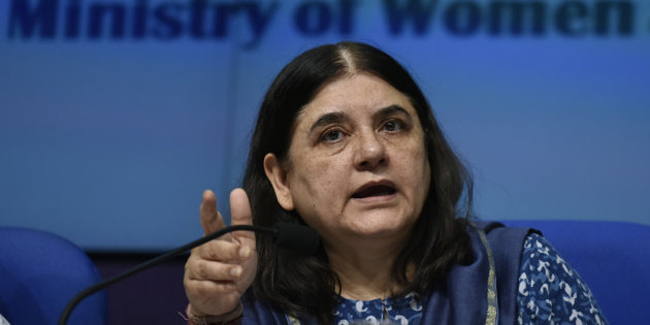 New Delhi, Apr 13: In a controversial remark, Union minister Maneka Gandhi has told Muslims to vote for her as they will need her once the Lok Sabha elections are over.

“We are not Mahatma Gandhi’s children that we keep giving and not get anything in return,” she said in Sultanpur’s Muslim-dominated Turabkhani area on Thursday.

District poll authorities issued her with a show cause notice.

“A saint has come to your door. When a saint comes to beg and isn't given what he asks for, he takes away all the happiness of the family and curses it. I am quoting from sacred scriptures. I am not asking for money or land,” Sakshi Maharaj was quoted as saying.

Besides district poll authorities, the EC in Delhi is also examining the transcript of Maneka Gandhi’s speech.

Ms Gandhi, the BJP candidate from Sultanpur Lok Sabha constituency, claimed she is all set to win and told the Muslim audience that “you might need me tomorrow.”

“I am winning. I am winning because of the help and love of the people,” Gandhi said at the meeting in the constituency earlier held by her son Varun Gandhi.

“But if my victory is without the Muslims, I will not feel very good,” she said, adding she will be left with a bitter feeling. “If Muslims come for some work after this, I will think why bother, what difference will it make.”

’Vote for me or else...’ Maneka Gandhi threatens Muslim voters