Booth-level covid panels to be set up across Karnataka; 8,800 in Bengaluru alone

Case filed against man for posing as PMO official in Bengaluru 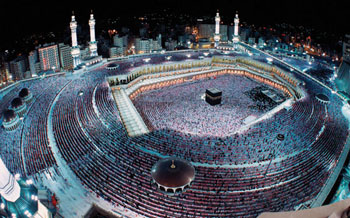 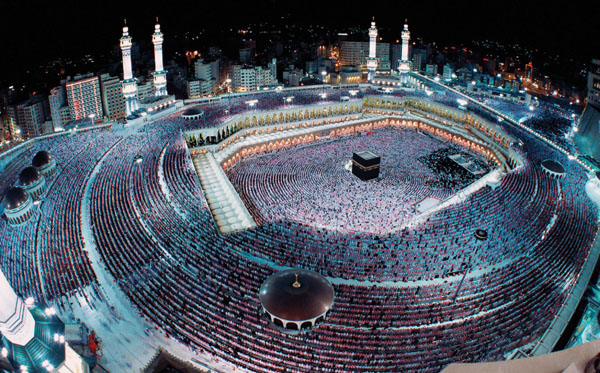 1.Islam prescribes only two religious festivals for Muslims: 1) Eid-ul-Fitr, which falls on the 1st day of Shawwal, marks the end of fasting during the holy month of Ramadan. 2) Eid-ul-Adha, which falls on the 10th day of Dhul Hijjah, the last month of Islamic lunar calendar, is the culmination of Hajj, one of the key pillar of Islam and an event of great power and spirituality.

2.No major attempt has been made to directly intertwine Hajj and Eid-ul-Adha in Islamic history. Eid-ul-Adha would be generally marked on the locally agreed upon 10th of Dhul Hijjah rather than Makkan 10th of Dhul Hijjah. However, a few Muslim scholars argue that across the globe Eid-ul-Adha must be celebrated a day after the wuquf (stay) in Arafa in an attempt to centralize Islam and dictate the Islamic calendar from Makkah.

4.Hajj was made obligatory in the ninth year of Hijra. The Prophet sent his closes companion Abu Bakr (may Allah be pleased with him) as the head of the Hajj convoy in this year.

5.Even after the Hajj was made obligatory, Eid-ul-Adha remained an independent institution. There is no report that the Prophet (pbuh) made any conscious effort to find out the day of Arafa or to correlate Eid-ul-Adha with the Day of Hajj or 10th of Dhul Hijjah in Makkah.

6.The scholars of Islamic Fiqh have clearly established a distinction between the rules and rituals of the Hujjaj (Hajj pilgrims) and rules and rituals for the non-Hujjaj. For instance Mina is actually classed as part of Makkah and falls within its limits. As such Eid-ul-Adha is Wajib (incumbent) upon all those in Mina and yet no Hujjaj who is present in Mina on the tenth of Dhul-Hijjah offers the Salah of Eid-ul-Adha.

8.Hajj in pre-modern times was a once in a life time major undertaking in money, compounded by enormous hazard and months required to travel. Now the travelling part is very easy, the main problem is how to accommodate all the pilgrims for Hajj and thus restrictions on numbers.

9.Animal sacrifice is not mandatory for all Muslims during Eid-ul-Adha. However, Islam encourages it. One third of the meat of the slaughtered animal is consumed by the family, another for friends and relatives and the last part for those in need. Animal sacrifice in fact pays pays tribute to one of the greatest demonstrations of faith within Islam: the prophet Ibrahim's (pbuh) willingness to sacrifice his own son Ismaeel (pbuh) at God's command. Ibrahim didn’t actually go through with this sacrifice — the story goes that the God sent an angel to replace the boy with an animal for sacrifice.

10.Like Eid-ul-Fitr, Eid-ul-Adha too celebrated with prayers, good deeds and spreading happiness. Muslims put on smart clothes for Eid prayers, which are followed by exchanging greetings and family meals.

everyone knows CD belongs such community which opposes peaceful sufism and their practice , here you dont have to much emphasis on 2 Eid" 2 Eid" ,  the birth day of Prophet SAW  has also considered EId,  In the name of Islamic media wahhabi runs its agenda its not good.

if you celebrate then you are doing bediat (new addition on islam),

quran clearly says those you add any new things to islam then they will never smell the breez of heaven.