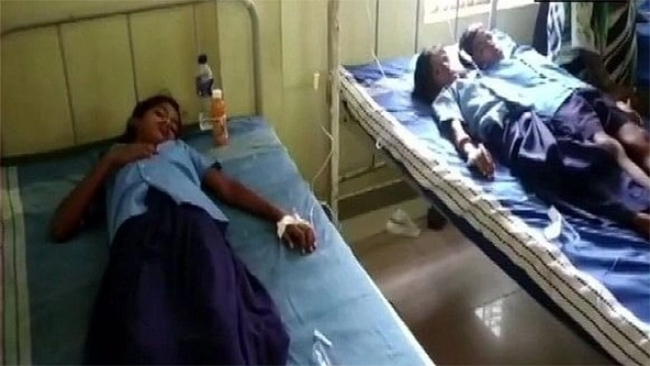 Chitradurga, Nov 6: About 20 students fell ill after consuming mid-day meal in a state-run school in Karnataka's Chitradurga district, an official said on Wednesday.

"The incident occurred on Tuesday afternoon when about 20 students fell ill after consuming the meal served in the co-education school at Chennamma village in the district," Chitradurga Chief Executive Officer (CEO) C. Satyabhama told IANS on phone.

Chitradurga is 200km northwest of Bengaluru.

The students were rushed to a state-run hospital for treatment after some complained of upset stomach and some vomited. They were discharged in the evening as they were out of danger.

"Sample of the dishes have been sent for lab testing as a lizard was suspected to have been found in one of the vessels in which rice was cooked. We are waiting for the report," Satyabhama added.