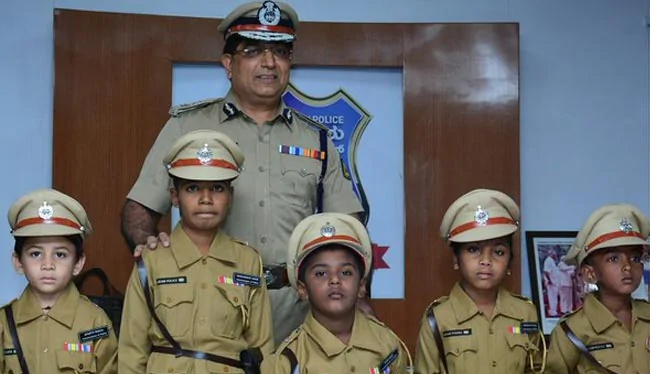 Bengaluru, Sept 9: They were in the age group of five to eight, instead of bright future in their life like any other children of their age; they are suffering from dreaded life threatening diseases.

As the children, wearing police uniform, entered his office a guard of honour was given to them before taking all of them to his chamber and handed over his button to each and made to sit on his chair and saluted.