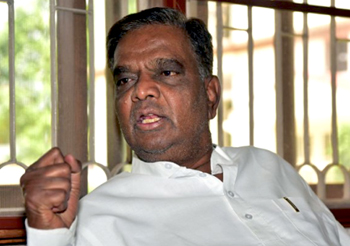 While Srinivas Prasad, who had won the seat on Congress and JDU ticket in the earlier election, has joined BJP quitting Congress after being dropped from the State Cabinet, Druvanarayana is a joint candidate of coalition partners Congress and JDS.