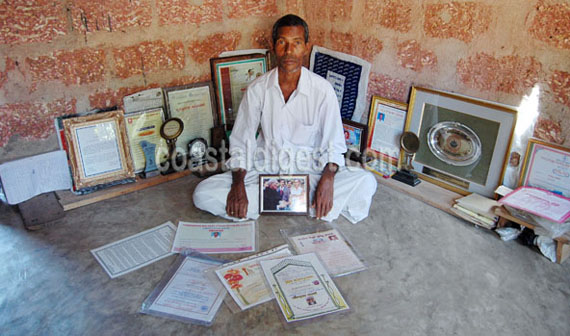 Mangalore, July 7: Harekala Hajabba, an orange vendor from Mangalore who has become a harbinger of educational revolution in a remote village on outskirts of the city has another honour coming to him.

Hajabba, who is an illiterate, had dreamt of spreading education among children in his village. With money earned for selling oranges, he started 'Newpadpu ZP higher primary school'.

The 51-year-old man's unusual saga of struggle and success has already been included in the Kannada textbook for the students of the Davanagere and Shimoga universities.

The proposal of revised syllabus was accepted at a special meeting of the Academic Council of Mangalore University on Saturday. University Vice-Chancellor T.C. Shivashankara Murthy said poems, dramas, short stories, and excerpts of novels by writers such as M. Gopalkrishna Adiga, M. Vijaybhanu Shetty, B.A. Vivek Rai, S.V. Parameshwar Bhatta, and Na. D'Souza among others will find space in new textbooks alongside Ranna, Pampa, M. Govinda Pai, and Kuvempu.

Chief Editor of Kannada textbooks Dr Abhaykumar and Member Dr Sathyaranarayana Mallipattana said the editorial board collects best of all forms of literature. In all about 96 poems, 72 essay articles and six plays have been included. Priority has been given to the writers coming under the jurisdiction of Mangalore University.

The Academic Council also gave its nod to sanction additional 10 seats for M.Sc Chemistry course at St Agnes College, Mangalore with a condition for fulfilling the requirement.

The Local Inspection Committee (LIC) in its report had said that the library does not have adequate books and laboratory facilities needs to be improved to sanction additional 10 seats to the already existing 20 seats to the course.

The Council also declined to give nod for extending affiliation for starting BCA course at Government First Grade College, Kushalnagar, during the academic year.

The LIC in its report had said that there was no space in the college to start BCA course during 2013-14. However, an additional section for the B.Com degree can be granted. The government had sanctioned extending of the existing building. However, the construction work is yet to begin. Accordingly, the BCA course can be started in the next academic year. 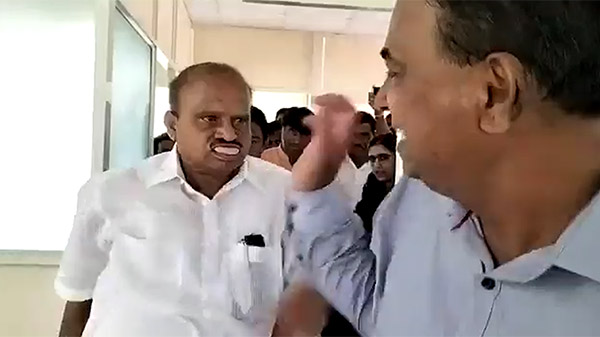 Mangaluru, June 25: Mild tremors felt in parts of Sullia taluk in Dakshina Kannada of Karnataka last night and today morning, according to reports.

These villages fall beneath the Kodagu region on the foothills of the Western Ghats that had witnessed massive landslides and changes in the river course several years ago. Since then the people in the region have been feeling tremors during the onset of monsoon.

Deputy Commissioner K. V. Rajendra said he has been receiving calls about tremors that lasted a few seconds in Sampaje, Aranthod and adjoining regions last night. He was in touch with the state disaster management authority for more information about the tremor, including its magnitude and epicentre.

“The district administration is waiting for confirmation from Karnataka State Disaster Management Cell about the tremor and its magnitude and epicentre," he said.