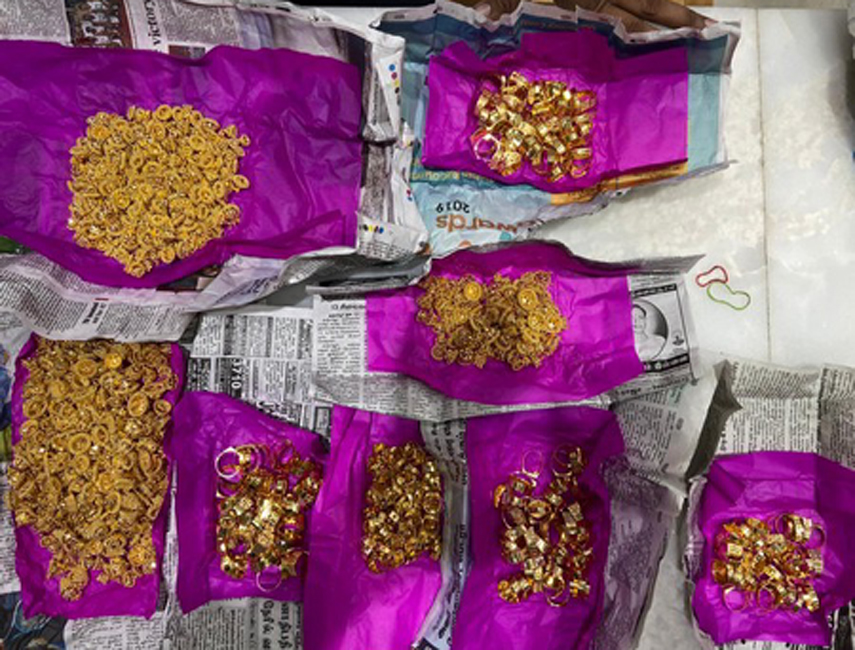 Bengaluru, Feb 27: About 60kg of unaccounted gold ornaments worth Rs. 21 crore were unearthed by officers of the Commercial Taxes Department of Karnataka Government.

The ornaments were recovered after the department conducted surprise inspections and raided business premises of wholesale jewellery dealers in Ranganatha Mansion and Sakalajee Market in Chickpet area of Bengaluru on Tuesday.

"The raid was based on information that many traders from other states visit the city and carry gold jewels without any valid documents and supply it to local jewellers without invoices," said Srikar MS Commissioner of Commercial Taxes in a statement.

The officers raided the premises of 23 jewellers and found 60 kg gold ornaments in stock which were not covered by valid documents. A penalty was levied on the undocumented ornaments.

"It is informed that the enforcement wing is keeping a close watch on the interstate movement of gold, silver and all the dealers in the state are hereby advised not to buy any goods without valid purchase invoices, added Srikar MS.