Bengaluru, May 14: An eight-month-old baby boy was allegedly electrocuted when he was playing in a shed at an under-construction residential building in Kodihalli on Saturday evening. The deceased, Ravi Kumar, was the youngest among six children of Anil Sahani from Begusarai, Bihar. 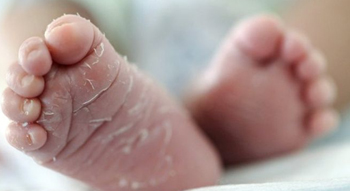 Anil had come to the city with his family and the couple was working as connstruction workers for the last two months. As they did not have any accommodation, Hari, the building contractor, had allowed them to stay in a shed in the basement of the building.

The building has a temporary power supply with multiple wirings fixed to a junction box.

When the couple was busy at work, Ravi crawled into the junction box, which tripped and electrocuted him, the police said.

Hearing his screams, the couple rushed to his help and took him to a private hospital nearby, where the doctor declared him as brought dead.

The family was visibly shaken as they sat in the four-storey building under construction, situated behind a well-known star hotel on HAL Airport Road.

“He has gone. What can be done now?” asked the father.

The JB Nagar police, based on the complaint by Anil, booked the building owner Raju, engineer Pungal, and contractor Hari charging them with death due to negligence.

The building did not have any safety measures despite a family with six children living in the basement, a senior police officer said.

A senior Bangalore Electricity Supply Company (Bescom) official maintained that the accident was due to an internal wiring issue and not related to Bescom.