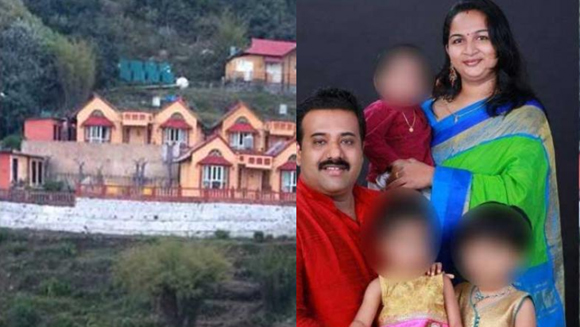 Kochi, Jan 21: Eight tourists from Kerala were found dead in a resort at Daman in Makwanpur district of Nepal, reports said. The dead include a couple and four minor children.

The deceased are from Chengottukonam in Thiruvananthapuram and Kundamangalam in Kozhikode. Praveen, a travel enthusiast hailing from Chengottukonam, went on the Nepal trip with his wife, three children and friends from Kochi, last week.

“They were using a gas heater in the room. Suffocation might have caused their death,” said superintendent of police Sushil Singh Rathore of the District Police Office in Makwanpur, news agencies reported.

According to newspaper reports here, the deaths occurred at a resort named Everest Panorama. They were airlifted to HAMS hospital where they were pronounced dead on arrival, superintendent of police Sushil Singh Rathaur said.

They were part of a group of 15 people travelling from Kerala to Pokhara, a popular mountain tourist destination, The Himalayan Times reported.

They were on their way back home and stayed at Everest Panorama resort in Daman in Makawanpur district on Monday night.

The tourists are suspected to have died of asphyxiation after turning on the gas heater and shutting all the windows to keep warm.  Hotel staff opened the room using duplicate keys as there was no response from the rooms when the other members of the group went to check on them.

According to the manager of the resort, the guests stayed in a room and turned on a gas heater to keep themselves warm. Although they had booked a total of four suites, eight of them stayed in a room, the manager said, adding that all the windows and the door of the room were bolted from inside.

“All arrangements have been made to bring the bodies to Kerala at the earliest. The Union government is coordinating with the Indian Embassy in Nepal. A doctor from the Indian embassy will be present during the post mortem. Other members of the group are being brought to Kathmandu by road,” said Union minister V Muraleedharan.

“Embassy officials are at the government hospital where a post mortem is being done. Formalities will be completed at the earliest and arrangements are in place to bring dead bodies by Wednesday evening. State government is in constant contact with Nepal authorities,” said Kadakampally Surendran, tourism minister.