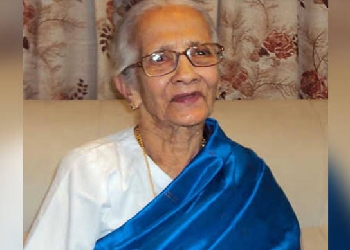 Bengaluru, Jun 29: A 99-year-old woman has successfully recovered from coronavirus in Bengaluru, leaving the medical fraternity and her family elated.

The woman had contracted the pathogen after coming in contact with her grandson and was hospitalised on her 99th birthday on June 18.

The woman was taken to the government Victoria Hospital along with her 70-year-old son, daughter-in-law and grandson.

"While we three developed symptoms like cold, cough and fever, my mother remained asymptomatic," the woman's son said.

The family members are still wondering how they got infected by the virus as all except the woman's grandson, were confined to their home most of the time.

Her 29-year-old grandson was the only one who went out to buy groceries.

Initially, the family approached a private hospital nearby for treatment, but they refused to accept COVID-19 patients.

Left with no option, the family got admitted to the Victoria hospital.

"We had reservations about Victoria hospital, but it turned out be a good one.

We did not spend a penny since the day we were admitted and my mother and son fully recovered," the woman's son said.

According to Dr Asima Banu, nodal officer of the Trauma Care Centre at the Victoria hospital, the woman was reluctant to get treatment at the hospital.

"With moral support from doctors and nurses at the Trauma Care Centre, she recovered very fast. She is always positive in life," the doctor said.