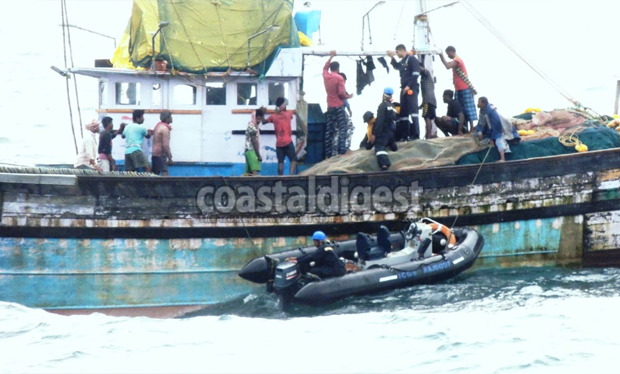 Mangaluru, Sept 18: The Indian Coast Guards today rescued as many as 23 crew members on board a fishing vessel which had gone adrift due to engine failure.

23 fishermen, who had set sail from Bhatkal, were drifting in the high seas after their engine developed a technical snag.

Indian Coast Guard ship Rajdoot, on patrol off Karnataka and Goa coast was diverted to the site of drifting fishing boat, 30 nautical miles away from Mavinakurve.

All the 23 crew on board the fishing boat were reported safe. Coast Guard authorities then requested IFB Pavan Sutta (Reg no KA02MM1826) that was fishing in the vicinity for towing assistance.