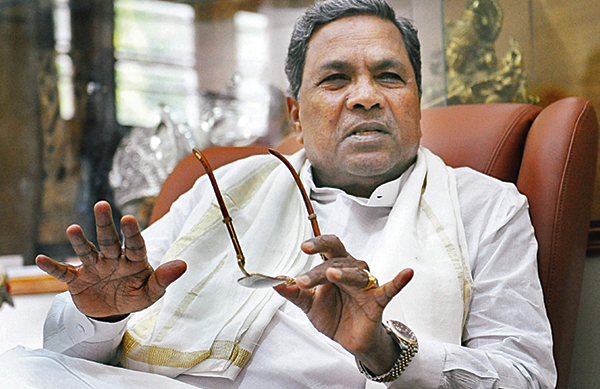 Bengaluru, Nov 8: Charging that BJP National President and Union Home Minister Amit Shah was involved in luring the Opposition MLAs to topple the Congress-JD (S) coalition government in Karnataka, Opposition leader in the Karnataka Assembly Siddaramaiah on Thursday said the party would meet President Ramnath Kovind and submit a petition in this connection.

Addressing a press conference here, the Congress leader said the involvement of Mr Shah in luring the Congress and the JD (S) MLAs was evident in the audio-video clipping attributed to Chief Minister B S Yediyurappa.

"The audio clipping record had established the involvement of the Union Minister beyond doubt, which was also brought to the notice of the Supreme Court," he said.