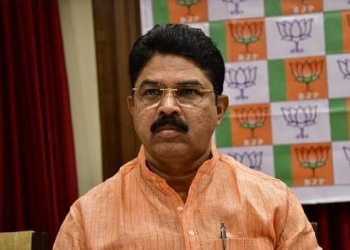 Bengaluru, Jun 7: A mobile app and a portal offering technology-driven solutions to manage and mitigate floods in urban areas were launched here on Saturday by Karnataka Revenue Minister R Ashoka.

The mobile app 'Bengaluru Megha Sandesha' was developed to disseminate information on rainfall and flood forecast, location-specific dynamic weather directly to the public. "The in-built features of the app and the information provided for a city is the first of its kind in the country," a press release said. This is a system of providing rainfall, flood forecasts and early warning to the officials of government agencies in the city through SMS to their mobile phones, social media platforms and a dedicated web portal, the release said.

The information provided would help the civic authorities act in advance and manage the floods, it said. The portal 'Varunamitra' is for information on the weather. The information provided is based on real-time data from 100 telemetric rain gauges installed and maintained at various locations across the state, it said. Rainfall forecast is based on the weather research and forecast models developed by the Indian Space Research Organisation (ISRO), Ahmedabad, the release said.

The information on flood forecast is based on the hydrological model, hydraulic routing and automation of the results. The Karnataka State Natural Disaster Monitoring Centre, along with the Indian Institute of Science (IISc), took up this project on the urban flood model for Bengaluru city. The project was funded by the Central government's department of science and technology, the release added.