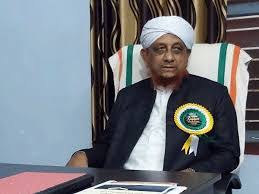 Udupi, May 30: Following the announcement of re-opening of places of worship from June 8, Ibrahim Musliyar Bekal, the Qadhi of Udupi has called upon the Centre and State governments to issue uniform guidelines for Muslims to be followed while going to mosques for congregational prayers.

In a media statement, he said that even though the government is relaxing the lockdown in a phased manner things will not be like before as people have to follow the precautionary measures to control the spread of the coronavirus.

He said that the union and state governments after holding discussions with the authorities of Central Waqf Council and the State Waqf Boards and Islamic scholars, should form a uniform guidelines for all mosques.

He also suggested a few guidelines such as offering congregational prayers soon after adaan, closing the mosque soon after prayers, maintaining physical distance and avoiding the use of toilet in mosques.

He also suggested the sick, elderly people and children to prefer to offer prayers in homes instead of mosques until situation becomes normal.