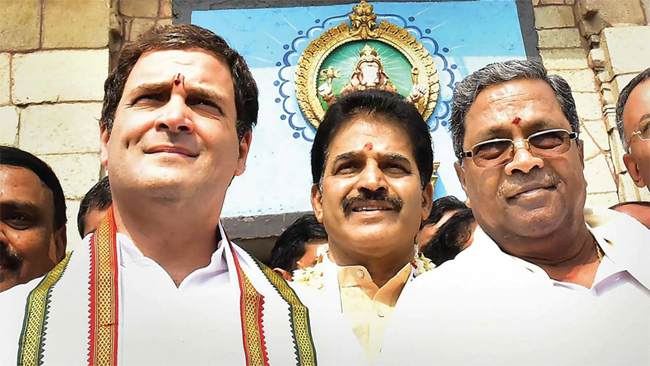 New Delhi, Jun 19: Amid growing rumblings in the Karnataka Congress, the grand old party dissolved its unit in the southern state on Wednesday, while retaining its president and working president.

“The AICC has decided to dissolve the present committee of (the) Karnataka Pradesh Congress. The president and working president remain unchanged,” a statement issued by AICC general secretary (organisation) K C Venugopal said.

Rumblings within the Karnataka Congress have grown ever since the Lok Sabha poll debacle in the state. There have also been problems of coordination in the Congress-Janata Dal (Secular) coalition government in the southern state.

Voices of dissent have been growing in the Karnataka Congress for some time now due to differences over the functioning of the coalition government in the state.

Two members of the Congress were recently inducted in the Karnataka cabinet.