Bengaluru, Jun 16: A notorious rowdy, who organized a mega bash at a dance bar in the city to celebrate his 34th birthday, escaped into the dark when a police team got wind of the event and stormed the venue on Friday night. Police rescued266 women who were forced to entertain the rowdy and his friends. 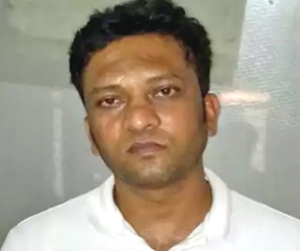 Giri alias Kunigal Giri is involved in over 80 cases including kidnapping, robbery, extortion and settling realty disputes. Preliminary investigations revealed that Giri had invited his friends, a few from the city’s underworld, for his birthday party at dance bar Times Bar and Restaurant on Residency Road. This was possibly the biggest bash organized by a rowdy for fellow rowdies in recent times in the city.

When decibel levels went up around midnight, police were tipped off about the party. When cops reached the venue, they were stunned to see boards that read ‘Happy birthday Giri Sir’ across the halls where women were dancing as men showered currency notes on them. The police team which conducted the raid was led by deputy commissioner of police (crime) S Girish and assistant commissioner of police (North) N H Ramachandraiah. Girish said: “The basement was lavishly decorated and the party was hosted in seven halls spread over three floors.”

Commotion prevailed as news spread about the raiding cops, and Giri, along with a few associates, fled the venue leaving behind an SUV and other cars they’ve come in.