Bengaluru, Jun 18: Sleuths who entered the Jayanagar showroom of IMA Jewels — one of the entities of IMA Group being probed for its Ponzi operations — found 90% of the ornaments in the display units had disappeared. 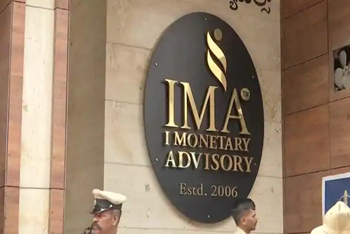 The Special Investigation Team suspects the IMG Group founder-owner Mohammed Mansoor Khan may have taken the jewellery with him when he fled the country on June 8. The remaining jewellery is being evaluated and could be worth Rs 20 crore, SIT sources said. The inspection was conducted on Monday.

SIT sleuths have searched the houses of two women, including a former wife of Khan, and seized gold ornaments, Rs 2 lakh in cash and a laptop used by him.

With 1.25 lakh people having lost their money to Ponzi scams in Bengaluru in the past decade, new Bengaluru City police commissioner Alok Kumar said preventing such fraudulent schemes will be one of his priorities.

The Karnataka government said it was considering setting up fast-track courts to try Ponzi cases, and revenue minister RV Deshpande told TOI the government was contemplating a new law in this regard.