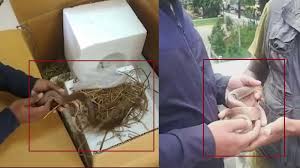 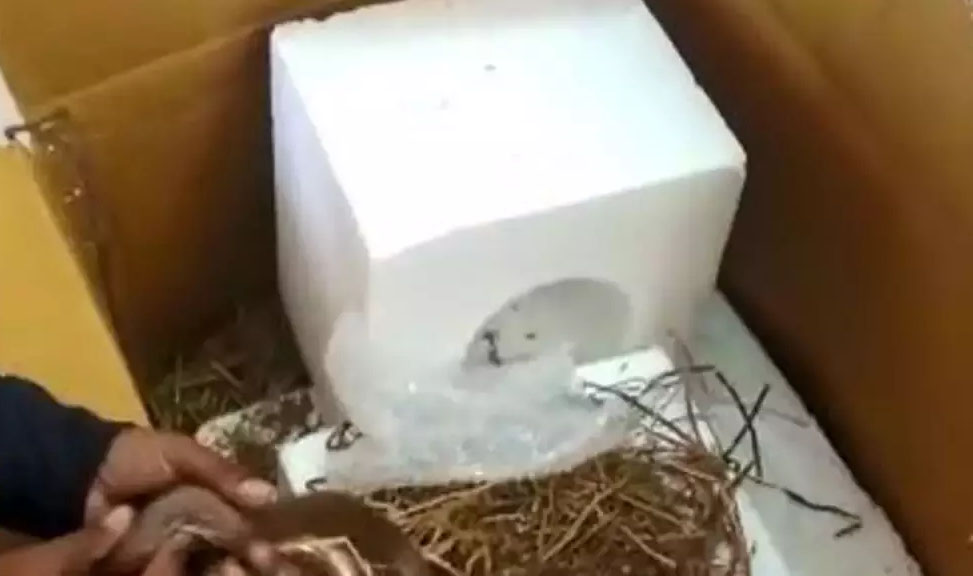 Bengaluru, Oct 7: Employees of an electrical shop in Bengaluru's Kempegowda Road were in for a shock when they found a snake in a parcel couriered from Delhi.

The incident happened at Helation Lamps in Bengaluru. Considering that the festive season is already underway and that Diwali is approaching, the workers in the shop did not doubt the box.

Employees initially thought it was a toy that was sent along with lights in the parcel, but panicked when they found the snake moving.

The snake was a two feet long snake and looked panicked. Later, a snake catcher was summoned to rescue the two-feet long reptile.

It is not clear who sent the snake and why. The owner of the store said that they are not aware how the snake entered the box.