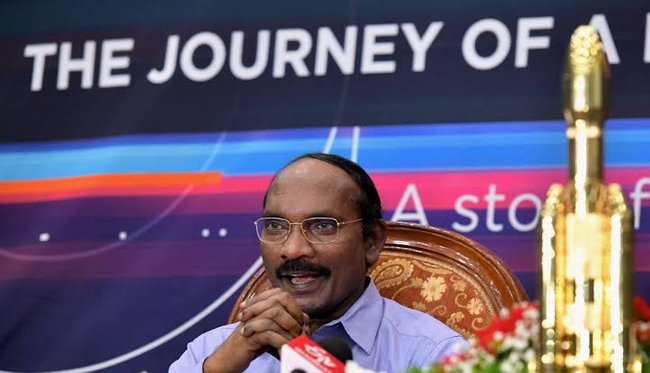 Bengaluru, Sept 9: Indian Space Research Organisation on Monday clarified that its chairman K Sivan has no personal account on any social media platforms.

The space agency also asserted that any information spread using these accounts in Sivan's name should be ignored as they are "not authentic".

As people across the world are hailing the ISRO chief and scientists for Chandrayaan-2 mission, some social media users have created fake Twitter and Instagram accounts in the name of ISRO and Sivan, after the space agency lost connection with the lander Vikram on September 7.

After the developments, hundreds of people on social media fell for the fake accounts with one amassing over 50,000 followers while another had over 40,000.
The ISRO informed that the three official accounts of the ISRO on social media platforms are as follows: https://www.twitter.com/isro, https://www.facebook.com/ISRO and Youtube ISRO Official.