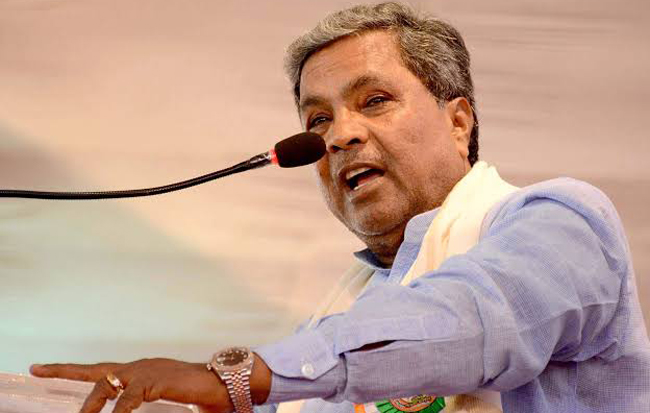 Bengaluru, Sep 9: Raising questions about the BJP government's longevity in Karnataka, senior Congress leader Siddaramaiah on Monday claimed Chief Minister B S Yediyurappa is like an "unwanted child" as his partys central leadership was not interested in him taking the top job.

The former chief minister alleged Yediyurappa came to power through the backdoor without the public mandate.

"He has come to power through the backdoor without public mandate and against principles of democracy.. They did not have public mandate as they had only 105 MLAs out of 113 required for simple majority," Siddaramaiah said.

Speaking at the Congress office here, he said the party would have had no objection if he had become Chief Minister with the mandate of the people.

"Unlike Prime Minister Narendra Modi, Yediyurappa has become CM without public mandate...How long he will be CM I dont know...Yediyurappa is like an unwanted child, BJP had no interest in him becoming CM..," the congress leader claimed.

Siddaramaiah on several occasions recently had predicted the imminent fall of the Yediyurappa government, leading to mid-term polls in Karnataka.

Following the collapse of the Congress-JD(S) coalition government, Yediyurappa was sworn in as the Chief Minister on July 26, and subsequently he proved majority on the floor of the assembly on July 29.

Absence of 17 Congress-JD(S) MLAs during the trust vote had led to the collapse of the H D Kumaraswamy headed coalition government and helped BJP come to power.

Siddaramaiah, who is the leader of the Congress legislature party, accused Yediyurappa of indulging in transfer of officials and vendetta politics since taking over.

"Has he done anything else? people are suffering due to floods, still no proper relief has been given to them," he said.

People would teach a lesson to those practicing such politics, he said, noting that he was Chief Minister for five years, but never indulged in such things.

However, if there was any irregularity or corruption it needs to be inquired into and guilty must be punished, the former Chief Minister said.

The state government had recently ordered a probe into the alleged irregularities of Rs 921 crore in the Krishi Bhagya scheme, when Siddaramaiah was the chief minister.

The objective of the scheme was to sustain agriculture round the year in the arid zones of the state and ensure regular income to the cultivators.

Kateel had reportedly alleged that the former Chief Minister was involved in framing cases against senior Congress leader D K Shivakumar, unable to digest his growth in the party.

"Income Tax and ED is under whose control?.. Out of political malice such statements are being made, with an intention to create trouble.

I dont know why BJP has made such a person without basic knowledge or understanding, who does not know about countrys and states politics as party president," he added.

Siddaramaiah pitched for ballot papers against the electronic voting machines and said all parties have to fight for it.