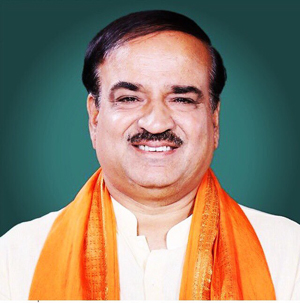 The occasion would see the inauguration of Ananth Kumar Foundation, which would aim to work in the field of social service. Sources in the party said that Tejaswini Ananth Kumar, wife of late Ananth Kumar is the inspiration behind organising this event.

Several books on the Ananth Kumar's contribution to the BJP and state's growth will also be unveiled on the occasion.

The event will be organised at NMKRV Auditorium in Bengaluru, Karnataka. According to the sources, the participation of leaders in the event was an acknowledgment by the party towards the contribution made by Kumar over his years of association with the party during which he worked tirelessly for its growth.

It is learnt that the occasion is also likely to be utilised to connect with the family, party leaders and supporters of the senior leader who have firmly stood with the party and supported it in all decisions even after the demise of the former Union Minister.

Karnataka now has a BJP government led by chief minister BS Yediyurappa, who took oath as CM for the fourth time in July this year, after it unseated JDS and Congress alliance.