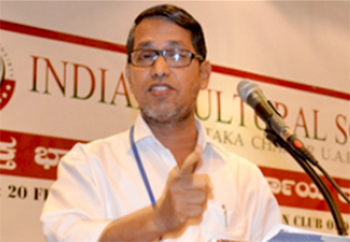 Mr Thumbe said that Senthil tendered his resignation in protest by sacrificing his high profile designation being witnessing ongoing widespread violence, human rights violations, atrocities on persons who criticize  government, undermining the constitution, heavy handedness of public-autonomous institutions, deeply declined economy, denial of freedom of speech and undeclared emergency across the nation. Like Senthil another IAS officer Kannan Gopinathan and others also followed the path of tendering resignation in Protests which indicates that the democracy is in extreme Danger in this country.

The move of Senthil cannot be digestive to BJP and Sangh which are dividing the nation through fascism and Manuvad and sowing the seeds of violent -racist nationalism.

Thumbe said, nation is witnessing that how these Modi and Sha Bakths including MLAs of coastal Karnataka stooped to such a moral low that they are dispensing "Desh Drohi" labels freely and desperatingly proving themselves as "Desh Bhakts".