BJP will get clear majority with 300 LS seats; 20 in Karnataka: CAIT

New Delhi, May 16: After the sixth round of the current elections, it is now almost certain that on May 23, the National Democratic Alliance, led by Prime Minister Narendra Modi, is expected to get an overwhelming majority and the next government will be formed in the country under his leadership, asserts the Confederation of All India Traders. 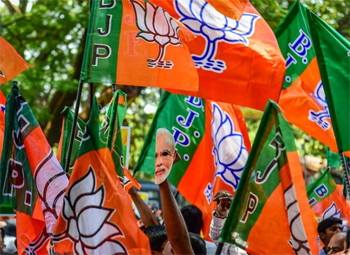 CAIT said that the BJP will take around 300 seats, while the constituent parties of NDA will also win between 45 and 50.

This time, traders from across the nation have not only voted for BJP and allies but have also launched a major support campaign for them.

Not only the traders but their employees were also a part of this campaign. During the campaign traders also encouraged their customers to vote for Mr Modi.

There are about 70 million businessmen in the country which employ around 30 million people and this time traders and their employees have voted across the country as a strong vote bank.

CAIT National President BC Bhartia and Secretary General Praveen Khandelwal said that after talking to traders and other people across the country, it has transpired that people of the country did not appreciate negative campaigning of Indian National Congress president Rahul Gandhi.

Beginning with 'Chowkidar Chor Hai', Mr Gandhi and other opposition leaders used abusive words for Mr Modi and attacked him personally instead of talking on issues, they said.

'The announcement of giving concessions to the farmers by Mr Gandhi has had adverse effects on other sections. The taxpayer class is angry with Mr Gandhi's announcement.They opined that we should contribute tax and Mr Gandhi intend to give it like freebies which is not acceptable.'

The divided house of opposition and the other hand strong unity in NDA partners also played an important role At the same time under leadership of Mr. Modi, the BJP and allies remained united, according to a statement here on Wednesday.

On April 19, by addressing the traders by Mr. Modi at the National Traders Conference held by CAIT , businessmen across the country got enthusiastic and all traders got mobilised in favour of the BJP, they said.

'Steps like formation of a National Traders Welfare Board, pension to merchants over the age of 60 years, accident insurance of 10 lakh to businessmen registered in GST, national retail trade policy, merchant credit card also influenced the traders to a great extent.

The government's Ayushman Bharat Scheme and the Mudra Scheme created the BJP's footprint among the small classes, while the programs like Start Up India and Skill Development attracted the youth of the country, the trade body said.

BJP will get clear majority with 300 LS seats; 20 in Karnataka: CAIT