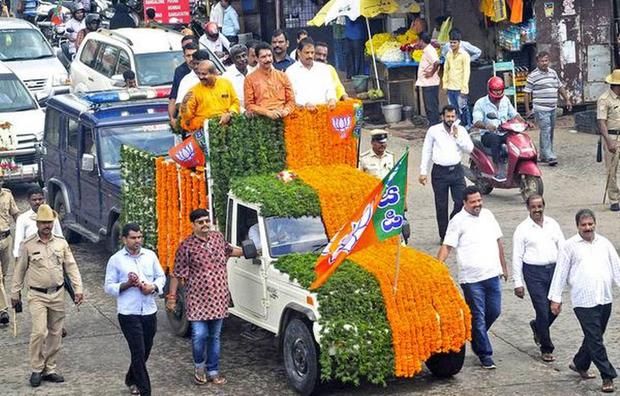 Speaking at a felicitation function organised by the Udupi district unit of the saffron party, he said that the main aim of the BJP was to bring about a change in the country, and extend the thinking, principles and ideology of the Rashtriya Swayamsevak Sangh (RSS).

“The aim of the BJP MPs and MLAs is not to become Chief Minister or Prime Minister. Their main aim is to strengthen Sangh Parivar by spreading its thinking, principles and ideology,” he said.

He said that the BJP had fulfilled the dream of the founder of Bharatiya Jan Sangh, Syama Prasad Mukerjee, that there should be a single flag, single Prime Minister and single Constitution, by abrogating Article 370 with regard to Jammu and Kashmir.

Kateel said that unlike the Congress, the BJP was a democratic party. Sonia Gandhi was the president of All India Congress Committee in 2004. Now, in 2019 too, she is the president barring a short period when Rahul Gandhi was heading the party.

But during that period, the BJP had had Venkaiah Naidu, Nitin Gadkari, Rajnath Singh and Amit Shah as its presidents. This showed the robust democracy in the BJP, he said.

The changes began, ending is awaited.