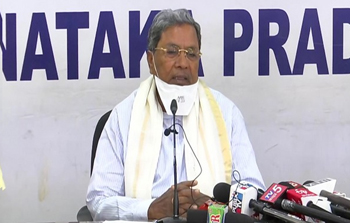 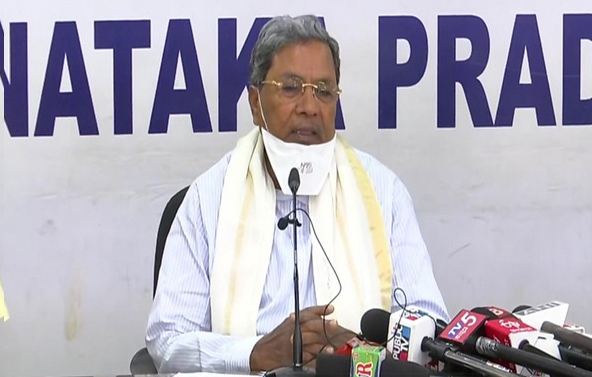 Bengaluru, May 27: Congress leader Siddaramaiah on Wednesday hit out at Chief Minister BS Yediyurappa-led Karnataka government for allegedly "betraying" the people by not fulfilling its Rs 1,610 crore COVID-19 package promise.

Taking a dig at Yediyurappa over the matter, the Congress leader tweeted, "Chief Minister of Karnataka BS Yediyurappa has betrayed people by not fulfilling his Rs 1,610 crore package promise. He seems to be following his @BJP4India leader @PMOIndia @narendramodi."

"Crisis and vulnerability should not be misused for political gains and BJP for India is insensitive towards the same," the former Karnataka Chief Minister said.

On May 6, Yediyurappa had urged migrant workers to stay back as construction activities have resumed and announced a Rs 1,610 crores COVID-19 financial package for the state.

Referring to media reports, Siddarmiah cornered the state government for asking the licence to release funds for unorganised sector workers.

"How can we expect washermen and other unorganised sector workers to have licence for their work?" he asked.

It looks like Karnataka Chief Minister is very far from reality, he added.