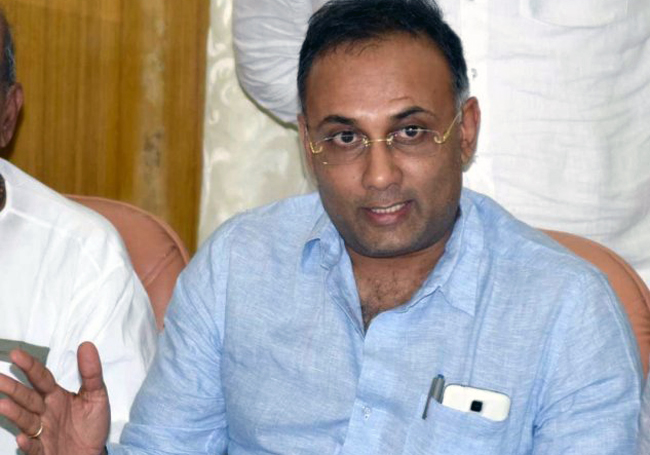 Bengaluru, Sept 21: The Bharatiya Janata Party (BJP) government in Karnataka has put on hold civic works worth Rs 642 crore across 139 local bodies, a move that came under attack from Congress and JD(S) which termed it as "partisan" politics.

Funds have been put on hold in Arsikere, Holenarsipura and Belur, all of which are JD(S) constituencies. Interestingly, H D Revanna, the brother of former chief minister H D Kumaraswamy, is the MLA from Holenarsipura.

The previous Congress-JD(S) regime had allocated the funds to the local bodies under the special grants of the State Finance Commission (SFC), according to a letter by the Urban Development Department.

The letter said that as per the directions of the Finance Department, the funds have been put on hold. Chief Minister B S Yediyurappa, who holds the finance portfolio, heads the department.

Amid speculations that the funds have been diverted for flood relief works or to BJP-ruled segments, both Congress and JD(S), which earlier helmed the coalition government, has condemned the move.

"Never before in history has a new government stopped the work of the previous government. Civil works and tender have been stopped. Work orders have been stopped. Development has come to a standstill. Funds are being tried to be diverted to the BJP MLAs," Karnataka Congress president Dinesh Gundu Rao told ANI.

"On one hand, Yediyurappa said in the assembly he will not do any vengeful politics. But they are indulging in this. They have stopped the work in Bangalore, Hyderabad-Karnataka region and other places. We have not seen any government in Karnataka doing partisan politics," he said.

"Development has to take place. Tender and other procedural aspects have been completed and funds were allocated to the concerned department. Any department head or the government has no business to stop such works. We condemn the attitude of the government. It is nothing but a misuse of their position for their political ends," he said.

"People of the state will come to know that this government is there only for making money and not being serious enough for development," he added.

Kumaraswamy also chided the BJP government for withholding the development funds and termed it as "shameless politics".

"We are stuck with the new legacy of @BSYBJP of Operation Lotus. They have shown their 'partisan' stance by cutting the allocation for development of sectors set by the coalition government. Give more funds if needed. What justice is there to snatch what is given? This is 'shameless politics'," he tweeted in Kannada.