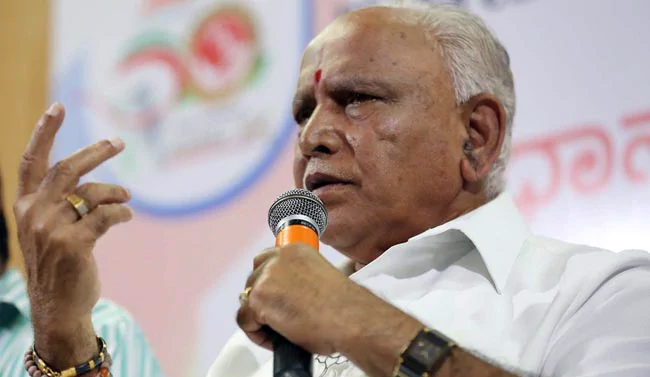 Shivamogga, Apr 23: Opposition Leadere in the Karnataka Legislative Assembly B S Yeddyurappa, who is also BJP State President, Today predicted fall of Congress-JDS Coalition Government in the State after May 23 when counting of votes polled for Lok Sabha seats is taken up.

Speaking to newsmen at Shikaripur, his home town, after casting his vote in the Lok Sabha elections, the BJP leader on Tuesday claimed that more than 20 Congress MLAs who are not happy with the alliance government will revolt and trigger the collapse of the government.

The MLAs, who were upset with the constant intervention from the Chief Minister H D Kumaraswamy and his family members, are keen to bring down the government, he added.