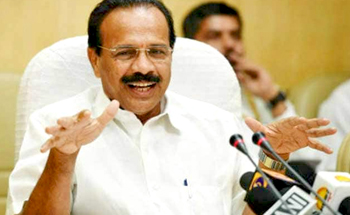 "I feel this expansion will be the foundation stone for the collapse of the government. Everyone knows about disgruntlement (in the coalition). I don't want to get involved in their internal fighting or issues," he told reporters in response to a question.

"But I feel that this adventure to save (the government), will be the last adventure. The attempt to save itself in a way will affect them this time," he said.

Kumaraswamy on Saturday had announced that Governor Vajubhai Vala has fixed 11.30 AM on June 12 for administering the oath of office for the new ministers.

Routed in the Lok Sabha polls and facing growing disgruntlement within, leaders of the Congress-JD(S) coalition had decided to go for cabinet expansion by filling in three vacant posts.

According to sources, a cabinet rejig is also on the cards after some time, during which a few ministers will be asked to step down and make way for others, mainly those who are dissatisfied.

Of the total 34 ministerial positions in Karnataka, Congress and JD(S) have shared 22 and 12 respectively according to the coalition arrangement.

Currently, three posts are vacant, two from JD(S) and one from Congress.

There are talks within the coalition about inducting Independent MLA Nagesh and KPJP MLA R Shankar into the cabinet and thereby ensuring that they dont side with the BJP,sources said,adding that a disgruntled Congress leader or JD(S) MLC B M Farooq are being considered for the third vacant post.

The coalition leaders fear an onslaught by the BJP to destabilise the government, after the saffron party won 25 of the total of 28 Lok Sabha seats in the state, reducing Congress and JD(S) to one seat each.

A BJP supported independent candidate had won in Mandya.